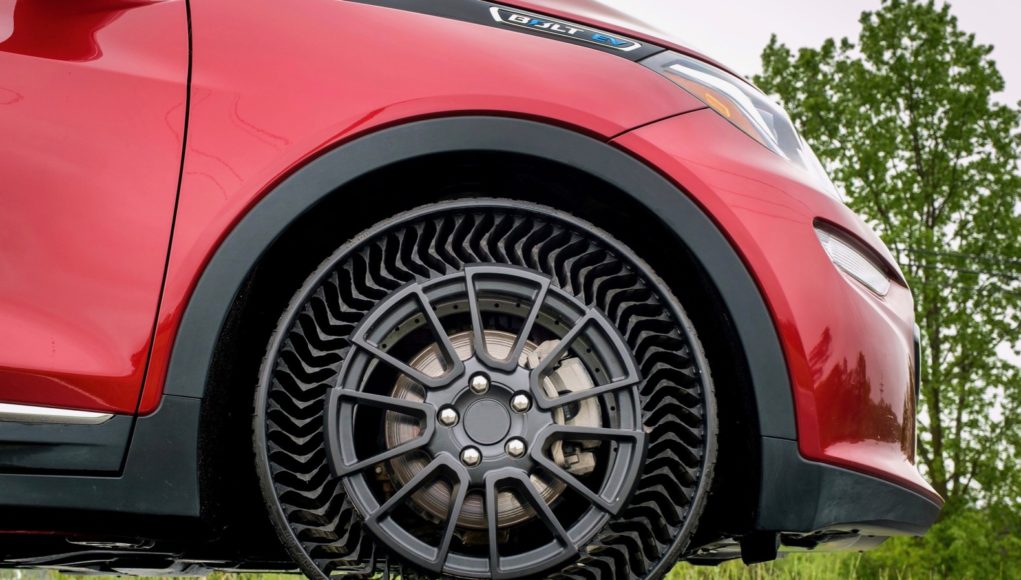 Putting air in your tires may soon be a distant memory, since Michelin and General Motors have unveiled a new airless tire called the Uptis Prototype. The name of the tire stands for “Unique Puncture-proof Tire System” and just as its name suggests, the tire is alleviates the dreaded flat or blowout.

GM plans to start testing the Uptis Prototype on the Chevy Bolt later this year and if all goes as planned, GM plans to have the airless tire technology on its vehicles as early as 2024.