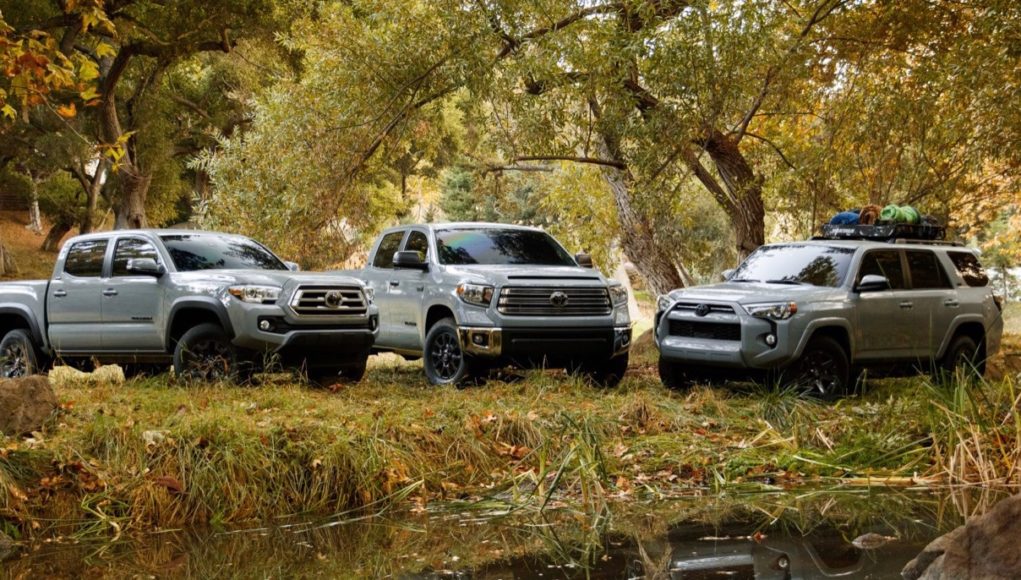 Toyota currently has a good lineup of off-road capable trucks and SUVs, which are get the TRD Pro badge, but it looks like something else might be coming. Toyota recently trademarked the “Trailhunter” name with the USPTO, but it’s not exactly known what it could be used for.

Toyota already offers Trail versions of the Tacoma, Tundra and 4Runner, but it looks like Toyota might be working on a new trim level that’s even more off-road rugged. The trademark filing says that the Toyota Trailhunter trademark is “intended to cover the category of automobiles and structural parts thereof.”

That doesn’t really provide any big details, but there’s also a chance that Toyota might be working on a new SUV with the Trailhunter name too. If this was the case, it would give Toyota a nice rival to the Ford Bronco and Jeep Wrangler.

Since Toyota just filed the trademark application on March 10, it might be a while until we see what the Trailhunter name is actually going to be used for. We definitely would love to see Toyota release a successor to the FJ Cruiser, but we’re not holding our breath.