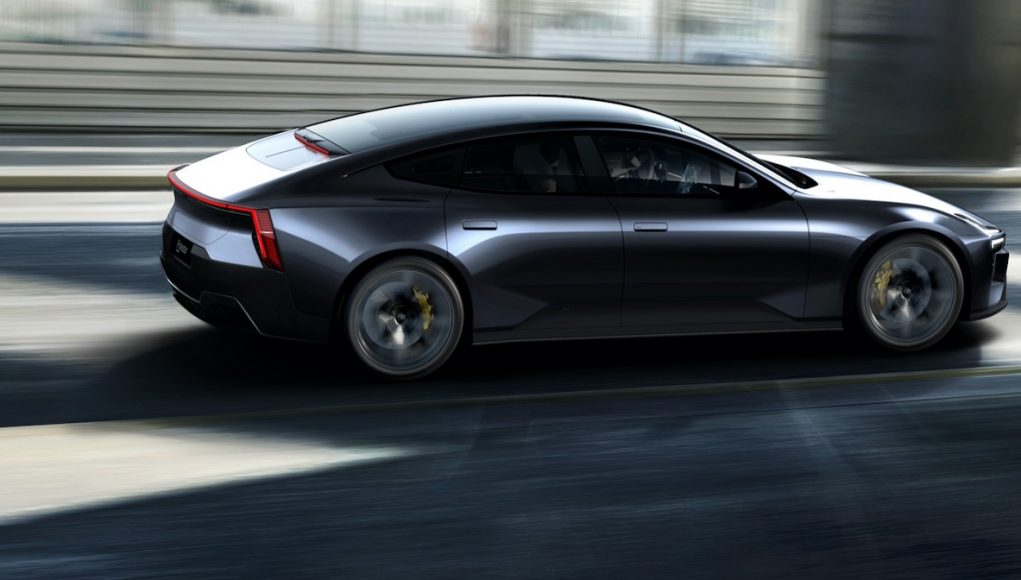 Polestar has released a new teaser of the upcoming Polestar 5, which is an electric 4-door GT. If it looks a little similar, that’s because the Polestar 5 is the production version of the sleek Precept concept. Polestar is also discussing the new Polestar 5 in its YouTube documentary series “Precept: from Concept to Car.”

“With the Precept documentary series we are intentionally doing something car companies usually don’t – going behind the scenes transparently as we turn this stunning concept car into production reality. It makes me very proud to see how much of the concept car’s design is making it into the Polestar 5 – a great achievement by our designers and engineers alike,” comments Thomas Ingenlath, Polestar CEO.

From what we can see here, the Polestar 5 will retain the concept’s shape, but it does get some small changes, like traditional side mirrors. It also won’t have the concept’s suicide doors.