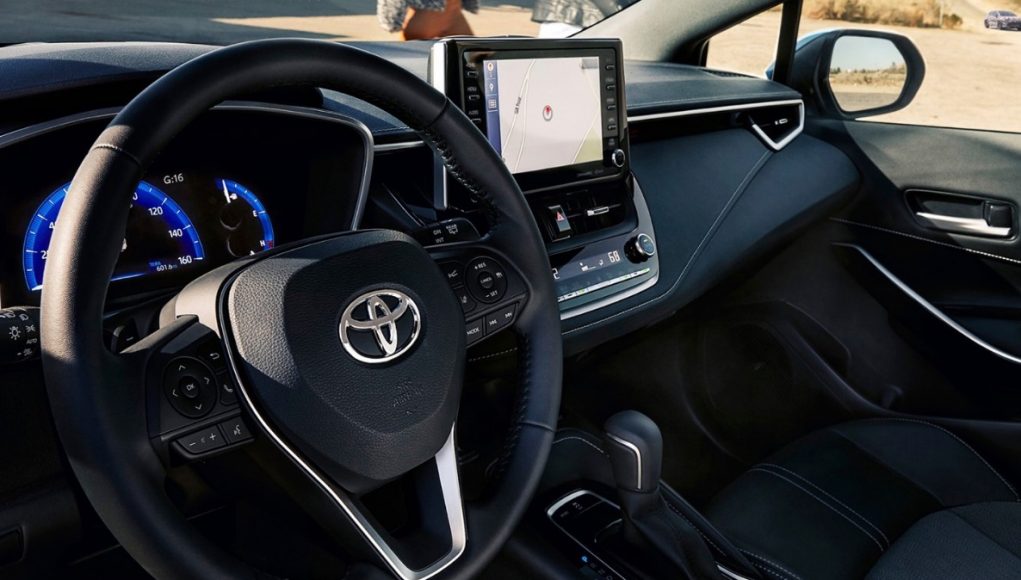 We’ve been waiting for more info about the Toyota GR Corolla hot hatch, but it looks like Toyota has just released the first teaser. The team at GR Corolla forum noticed that Toyota’s recent Instagram post has a few hidden Easter eggs.

If you look closely you’ll see “G16” next to the speedometer, which refers to the 1.6-liter turbocharged three-cylinder engine that powers the GR Yaris. The road on the navigation system is GR Four, which hints at the all-wheel drive system.

Also look closely at the climate control display and you’ll see “2 68”, which hints at how much horsepower it will have (268 hp), which is the same power the GR Yaris makes in Japan. Lastly a camouflaged GR Corolla is shown on the right side of the image.

It’s worth noting that the Corolla interior we see here, is actually the current Corolla with the fun Easter eggs, so we can expect some bigger changes inside to make it sportier.