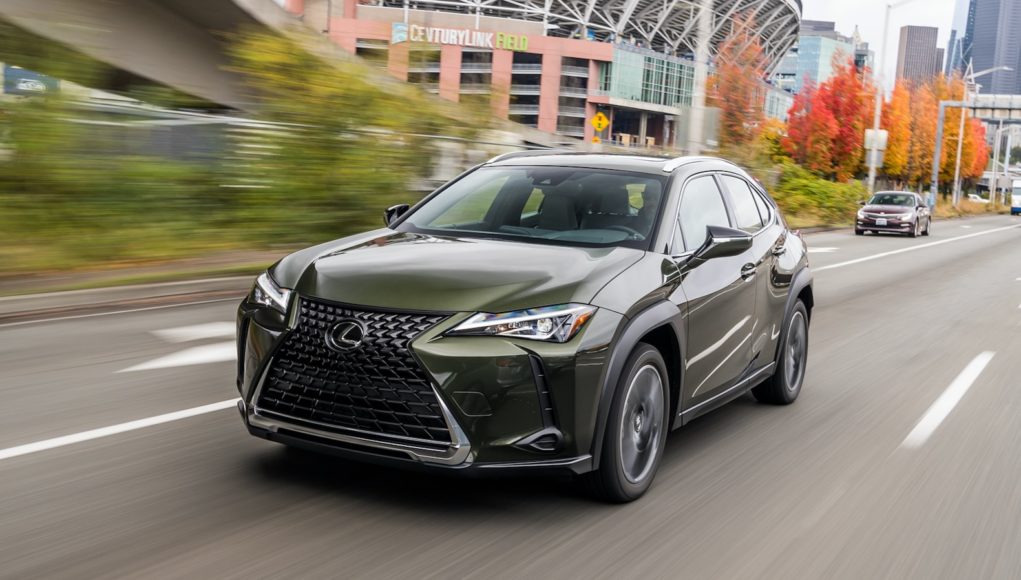 The Lexus UX is the smallest and cheapest model you can buy with the Lexus badge and although its quirky styling may not be for everyone, the 2020 UX is a fun to drive luxury subcompact crossover packed with lots of features.

The UX was introduced last year, which means the changes for the 2020 model year are minimal with a few additions like rear cross-traffic alert and Android Auto connectivity.

On the outside the UX looks more like a tall hatchback than some of its more SUV-like rivals, like the Volvo XC40 and BMW X1. Compared to its rivals, the UX also has a more polarizing exterior that is anything but boring, but we can see how it may not be for everyone.

Given the UX’s small footprint, it’s no surprise that interior space isn’t a big focus with the UX. The front seats are comfy and there’s plenty of room for the driver and front passenger, but rear seat passengers describe the UX’s interior as spacious. There’s only 33.1-inches of rear legroom in the UX compared to 36.1-inches of space in the back of the Volvo XC40. There’s also not much space behind the rear seats with only 21.7 cubic feet of cargo space.

On the safety front the 2020 UX has been named a Top Safety Pick+ by the Insurance Institute for Highway Safety (IIHS) and has earned a five-star rating from the National Highway Traffic Safety Administration (NHTSA). The UX comes standard with several driver assistance features, like forward collision warning, automatic emergency braking, lane departure warning and lane-keeping assist. A blind spot monitor with rear cross traffic alert is optional.

Under the hood there are two engine options for the UX, in the U.S., a 2.0-liter four-cylinder engine with 169 horsepower and 151 lb-ft. of torque in the UX 200 or a 2.0-liter hybrid powertrain with 181 horsepower in the UX 250h. The UX 200 is only available with front wheel drive and a direct-shift CVT with 10 simulated gears. The UX 250h has an electric motor at the rear to give it standard all-wheel drive.

What’s it like to drive? On the road the UX 200 feels a bit underpowered, which is explains the 8.9 seconds that it takes to sprint from 0-60 mph. The CVT does have a real first gear which helps alleviate some of the gripes we generally have with continuously variable transmissions. At full throttle the four-cylinder not only struggles to get the UX 200 up to speed, but it also emits noises that we don’t normally expect in any vehicle with a Lexus badge on the steering wheel.

Engine issues aside, the UX has a great chassis that makes it fun to drive around town. The suspension manages to quiet bumps in the road, but at the same time it isn’t too soft. There isn’t too much body roll and the steering has a good feel.