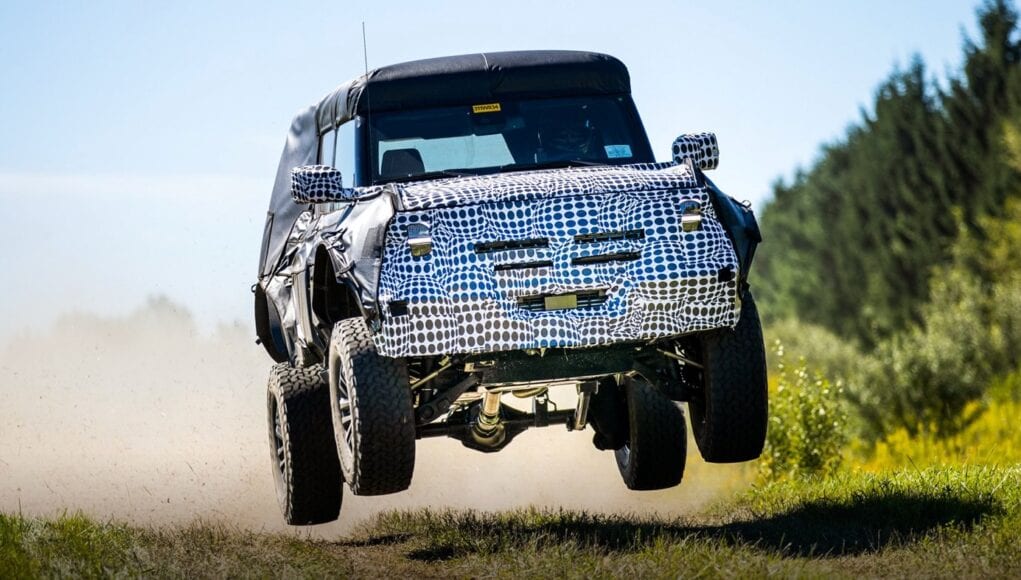 We’ve been expecting the even more off-road-ready version of the Ford Bronco to be called the Bronco Raptor, but now it looks like it might be called the Bronco Warthog instead. Ford recently trademarked the Warthog name with the United States Patent and Trademark Office.

The application for the Warthog name was submitted on September 12 and it simply states that it’s for “Land motor vehicles, namely, passenger automobiles, pick-up trucks, sport utility vehicles.”

Ford hasn’t confirmed the Bronco Warthog, but today it released a teaser photo of a camouflaged Bronco on Twitter. The photo doesn’t give too many clues to what version of the Bronco this is, but we can see that it has beefier tires.

Previous reports claim that the Bronco Raptor/ Warthog will arrive for the 2023 model year. In the meantime production of the 2021 Ford Bronco is slated to begin in March or April next year.