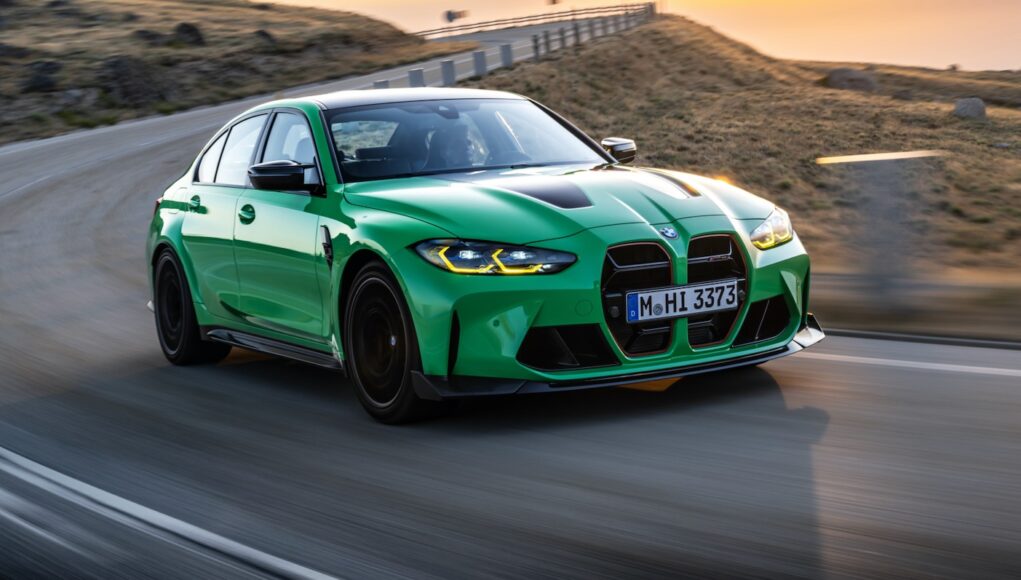 BMW continues to unveil high performance versions of the M3 and M4 models. We’ve already received the M4 CSL and now BMW has unveiled the 2024 M3 CS. The “CS” stands for Competition Sport, which also means that the M3 CS packs more power and performance than the M3 Competition.

The M3 CS is powered by the 3.0-liter twin-turbocharged inline-six engine, which now has 543 horsepower, which is 40 more than the M3 Competition. To squeeze out the extra horsepower, BMW increased the boost pressure from 24.7 psi to 30.5 psi. The torque rating remains the same at 479 pound-feet. The M3 CS is only available with all-wheel drive and an eight-speed automatic transmission. it can accelerate from 0-60 mph in only 3.2 seconds and has a top speed of 188 mph.

If you really want to only send power to the rear wheels, the all-wheel drive system has a 2WD-only mode with the stability control off.

Other upgrades include uniquely designed engine mounts that provide a more rigid connection between the M3 and the engine. This means that it will respond even faster when you mash the throttle to the floor. The suspension has also been tweaked thanks to updated electronically controlled dampers and anti-roll bars.The M3 CS also features special wheel camber settings and kinematics tuning. The steering has also been retuned.

On the outside the M3 CS stands out with its specific model badging, yellow daytime running lights and exposed carbon fiber reinforced plastic that’s used for the hood, front splitter, air intakes, mirror caps, roof, rear spoiler and rear apron. Inside it comes with M Carbon bucket seats. The M3 CS comes in at 75 pounds lighter than the M3 Competition with xDrive, thanks to the special front seats and a titanium muffler.

Pricing for the 2024 M3 CS starts at $119,695. Production is slated to begin in March, but BMW has not announced how many units it will build and instead just says that it will be “built in limited numbers.” 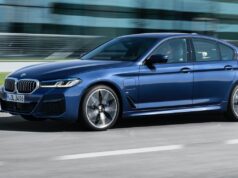 Electric BMW 5-Series will arrive by the end of 2023 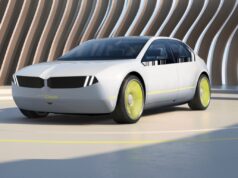 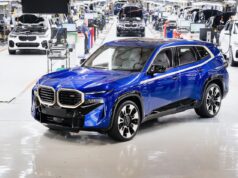