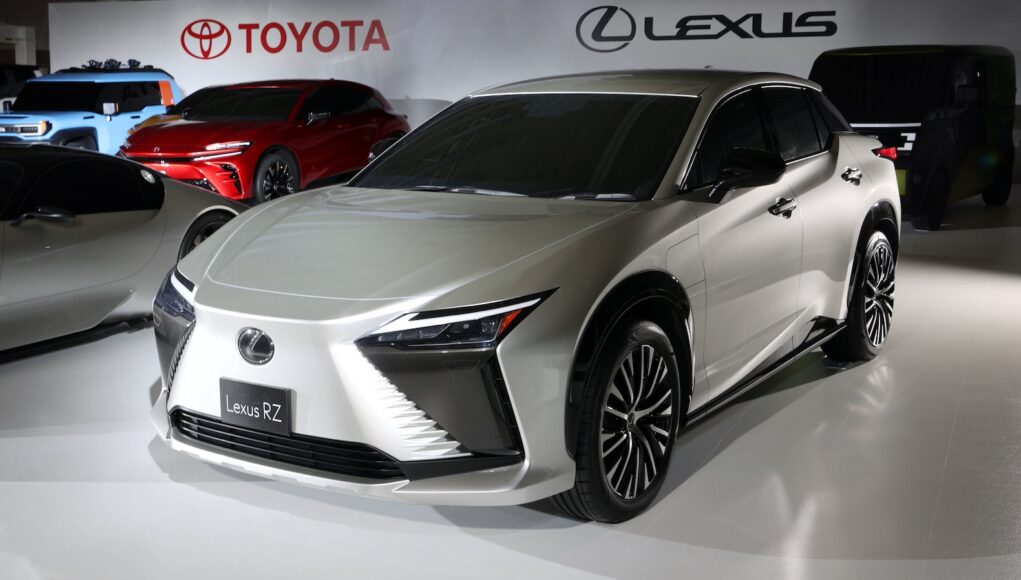 Lexus has released the first photos of its first EV for the US, the 2023 RZ 450e. The RZ electric crossover looks similar to the Toyota bZ4X, but it will have more power thanks to the Direct4 all-wheel drive powertrain.

We can see that the RZ shares its DNA with the bZ4X and Subaru Solterra, but it does get unique front and rear fascias to bring its styling in line with the rest of the Lexus lineup. Lexus has not released the specs for the RZ 450e, but its name hints that it will have more power than the bZ4X, which only has 215 horsepower.

Lexus shared details about its new Direct4 powertrain earlier this year, which used a 210 hp electric motor on both the front and rear axles, so if that stays the same for the RZ, we can expect close to 400 hp.

Lexus has not announced when the RZ 450e will arrive and we’re still waiting to see its interior.