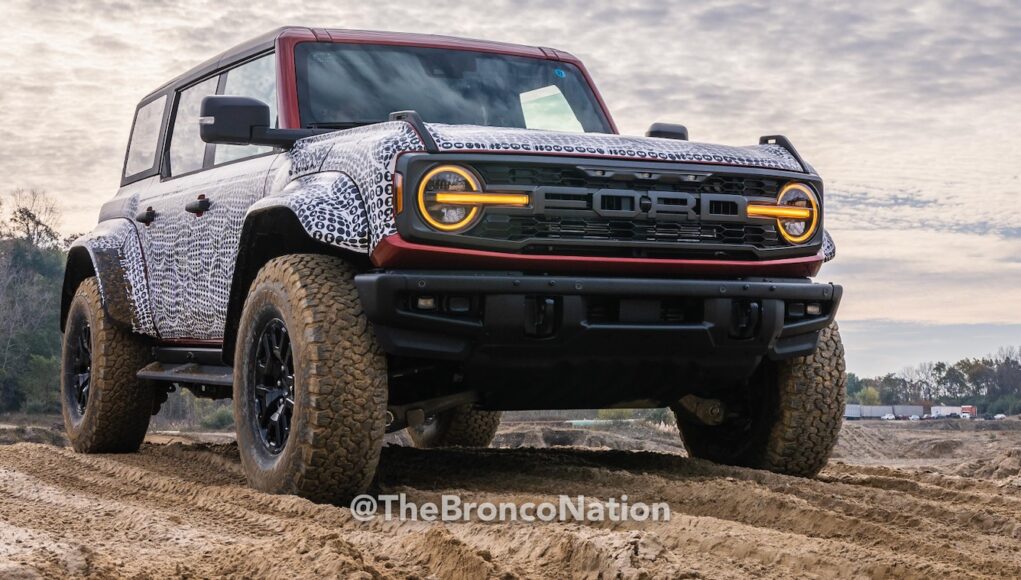 The Ford Bronco Raptor is coming soon and now thanks to Bronco Nation we have a pretty good look at the highly anticipated off-roader. The latest teasers give us the best look yet at the Bronco Raptor since it barely has any camouflage.

At the front we can see amber LED daytime running lights and a bolder grille with the “FORD” lettering, just like the F-150 Raptor. There are also wider fender flares which cover large tires, which are reportedly 37-inch tires. At the rear the taillights appear darker and the third brake light is wider than on the standard Bronco.

The Ford Bronco Raptor is slated to go on sale in 2022, likely as a 2023 model. According to Bronco Nation, it will go on sale in the summer.