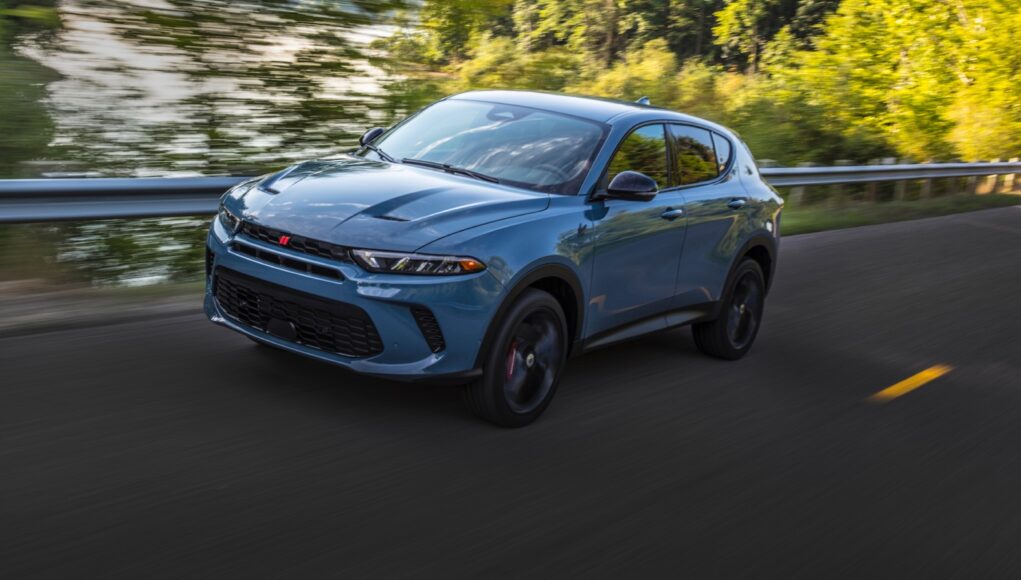 Dodge has a new entry-level model, which will hopefully do a lot better than the Dodge Dart, the 2023 Dodge Hornet. Just like the Dart, the Hornet is new small model that’s based on an Alfa Romeo. The Hornet is based on the same platform as the Alfa Romeo Tonale.

It’s pretty easy to see the connection between the Hornet and Tonale, since the only big change on the outside is the updated front fascia, which borrows styling cues from other Dodge models, like the Charger and Durango. It also gets an aggressive hood with vents and at the rear the full-width taillight features a light-up Dodge “Rhombi” logo.

Inside the interior also looks familiar with the biggest changes being different air vents, seats and a different location for the start button. It comes standard with a 12.3-inch gauge cluster, a 10.25-inch touchscreen, and wireless Apple CarPlay and Android Auto. A wireless charger, a heated steering wheel and seats, a Harmon Kardon sound system and a power lift gate are optional.

Under the hood the base GT model gets a turbocharged 2.0-liter four-cylinder engine with 268 horsepower and 295 pound-feet of torque, thats mated to a nine-speed automatic and all-wheel drive. Dodge says that the GT can accelerate from 0-60 mph in 6.5 seconds. The next model up is the R/T, which is powered by a plug-in hybrid powertrain with a turbocharged 1.3-liter four-cylinder. An electric motors and the four-cylinder power the front wheels, while a 90-kW electric motor powers the rear. The plug-in hybrid Hornet has a total 288 horsepower and 383 pound-feet of torque. There’s also an overboost setting that adds an extra 25 hp for 15 seconds. The R/T can reach 60 mph in 6.1 seconds and has an electric range over 30 miles. 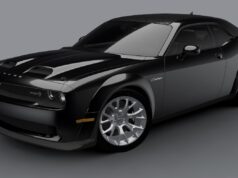 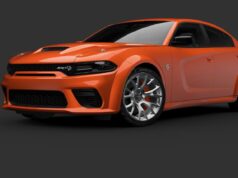 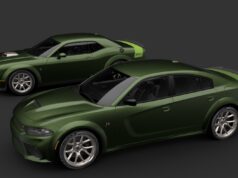