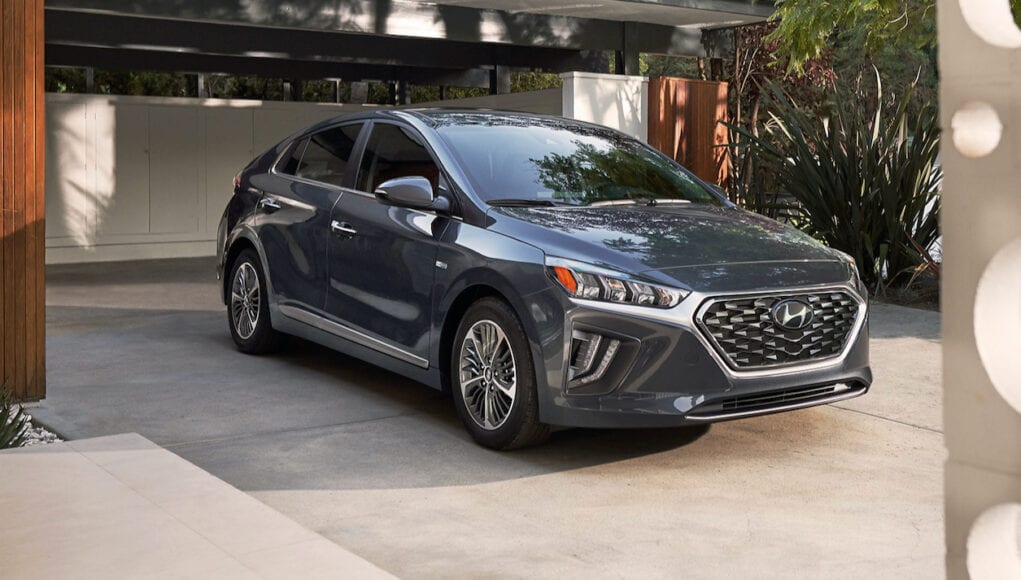 Hyundai recently announced that it’s turning the Ioniq into a new electric sub-brand We’ll get to see the first new member of the Ioniq family next year, when the Ioniq 5 electric SUV debuts. But for now, there’s just simply the Ioniq hatchback, which is offered in three versions: a hybrid, a plug-in hybrid and a full EV.

When the Ioniq debuted for the 2017 model year, it was easily the biggest attempt from any automaker to steal market share from the Toyota Prius. It also upped the Prius by offering a fully electric version, since you still can’t get any fully electric vehicle with a Toyota badge on the hood.

Another issue with the Hyundai Ioniq Electric is that it’s only available in states that have adopted California’s ZEV rules, which includes California, Connecticut, Maine, Maryland, Massachusetts, New Jersey, New York, Oregon, Rhode Island, and Vermont.

Which version should you buy? Well the Ioniq hybrid is an easy choice for buyers that want a fuel efficient hatchback without the need to find a plug, but if you like the idea of being able to drive around town using only electricity, there’s the PHEV or EV versions.

The Ioniq PHEV, like our tester, finds the sweet spot between the hybrid and electric versions, since its 29 mile range means that you can run errands around town without having to worry that you will get stranded, since the four-cylinder engine kicks on when the battery is depleted. The PHEV has a total driving range up to 630 miles and you can recharge the battery in 2 hours and 15 minutes using a Level 2 240-volt charger.

The Ioniq Plug-in Hybrid also beats its closest rival, the Toyota Prius Prime, since it only has slightly lower 25 mile electric range. When the gas engine does kick on, the Ioniq PHEV is rated at 52 mpg combined, which is lower than the Prius Prime with its 54 mpg rating.

Around town the PHEV is a perfect companion with its drama free powertrain that packs adequate power. We wouldn’t call it sporty, but the Ioniq PHEV drives just like you’d expect from a compact hatchback. Thanks to the immediate torque from the electric motor it feels zippy around town and the powertrain only feels underpowered when you punch the throttle. We also like the fact that the Ioniq hybrid and PHEV send the power to the wheels via a six-speed dual-clutch transmission, instead of a boring CVT, like other hybrids.

Be careful not to push it too hard, since a heavy foot will automatically fire up the gas engine. The good news is that the transition between the gas motor and electric motor running is barely noticeable.

For the 2020 model year, Hyundai gave the entire Ioniq lineup a refresh. The hybrid and PHEV versions get an updated face with a new grille, bumpers and headlights, while the Ioniq Electric gets a new closed grille. At the rear the taillights and bumper have also been redesigned. The updates are topped off with new wheel designs. Overall the styling updates aren’t huge, but they do give the Ioniq a more modern and upscale look.

Inside the instrument panel has been updated with a new climate control system. The standard touchscreen has also been enlarged to 8 inches, up from 7, but there’s an even larger 10.25-inch screen available.

Overall the Ioniq PHEV’s interior is comfortable and spacious. There’s room for up to five passengers and there’s more legroom and headroom in back than the Prius. The Ioniq PHEV also beats the Prius when it comes to cargo hauling capability, since it has 23 cubic feet of cargo space compared to 19.8 in the Prius Prime.

At the end of the day, the Ioniq Plug-in Hybrid isn’t too exciting, but it does look and drive, just like a regular car without the weird styling that you get with the Prius. With a 29 mile driving range, drivers will be able to zip around town most of the time without having to fire up the gas engine, but then at the same time if a longer trip is in the cars, the Ioniq PHEV is ready to go.