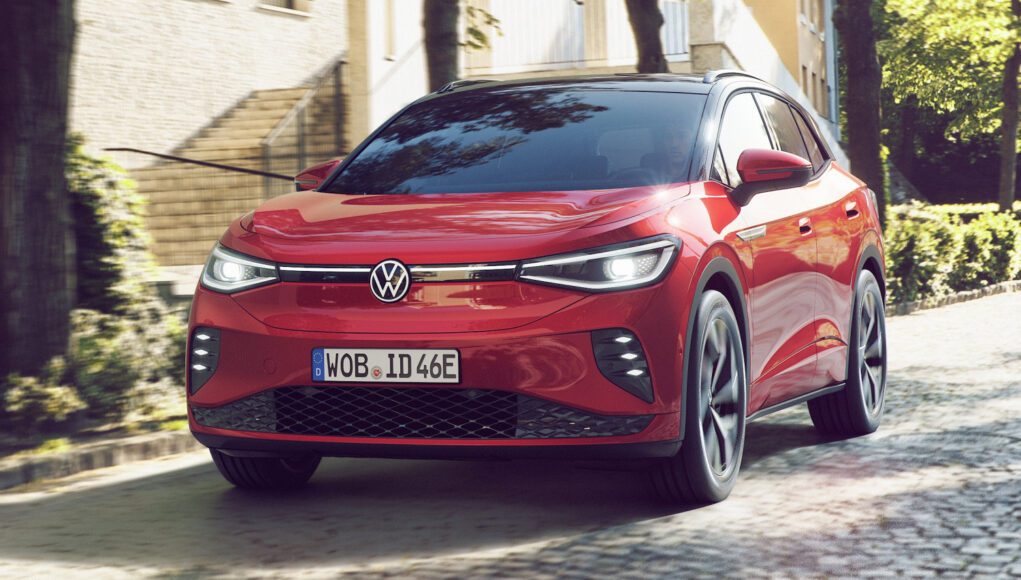 Volkswagen has unveiled the ID.4 GTX, the first of its EVs to get the performance oriented GTX treatment.

The ID.4 GTX gets an additional front electric motor that gives the electric crossover all-wheel drive. At the rear there’s the same 201 horsepower electric motor, but the motor at the front has less power. Combined the two electric motors generate 295 hp. That number is also about the same that VW recently confirmed that the all-wheel drive ID.4 will have in the US, so the GTX treatment may not actually have any extra power.

The ID.4 GTX has the same 77.0 kWh battery pack as the standard ID.4 and VW claims that it has a 298 mile range on the WLTP cycle. The GTX can reach 62 mph in 6.2 seconds, which means that it isn’t going to beat the Tesla Model Y from a stop.

On the outside the GTX stands out with its painted lower body cladding, gloss black roof rails, unique LED taillights and special 20- or 21-inch wheels. Inside there’s red trim, GTX badges and a new instrument cluster.

VW has not announced if the ID.4 GTX will come to the US, but it has already confirmed that an all-wheel drive version is coming.