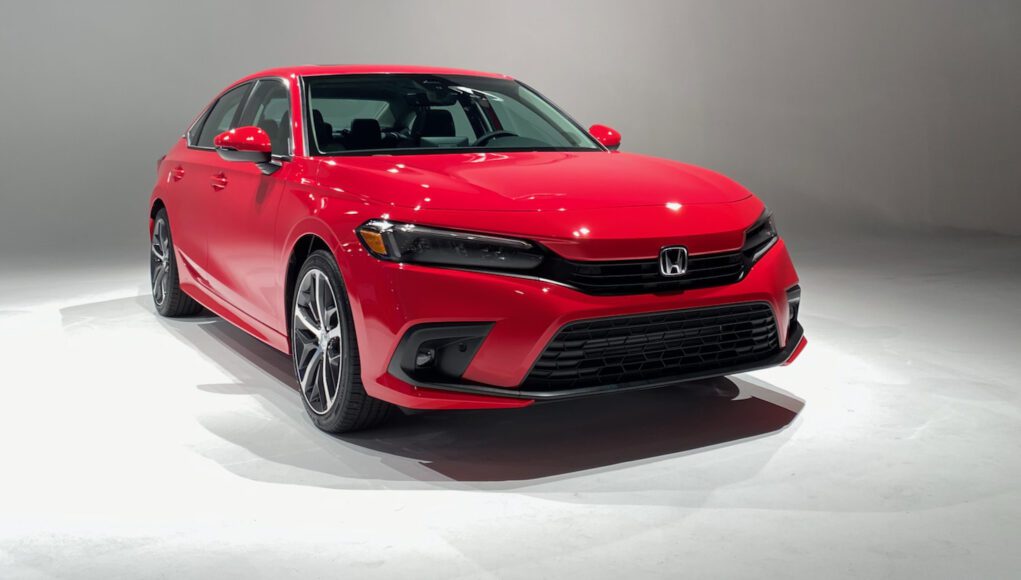 After previewing the 2022 Civic sedan as a prototype late last year, Honda has now unveiled the all-new 11th-generation Civic. The big news is that the Civic now looks more sophisticated and grown up, which is good news if you didn’t like the aggressive styling on the last generation.

The Civic has been designed using Honda’s design approach of “Man-Maximum, Machine-Minimum,” which prioritizes the driver and passengers. Honda says that it also “sought to create a car that would be a breath of fresh air in the segment by revisiting timeless design concepts of previous generation Civics.”

The result is a more conservatively styled Civic that borrows design cues from the larger Accord. The exterior now features a lower hood and front fenders with a low horizontal beltline to accentuate the wheels and provide an airy greenhouse. The windshield pillars were also moved rearward by almost two inches to give it a sportier look. The wheelbase is also now 1.4-inches longer.

Inside the 2022 Civic features a clean, simple design with a metal honeycomb mesh accent stretches from door to door across the dash. The honeycomb mesh also hides the air vents to give the interior an uncluttered look. In front of the driver there’s a new 10.2-inch digital gauge cluster on the Touring trim level, while the LX, Sport and EX models get a smaller 7-inch digital display.

Under the hood there are two engines available, which carry over from the 10th generation Civic. The base engine (LX and Sport) is a naturally aspirated 2.0-liter four-cylinder with 158 horsepower and 138 pound-feet of torque. The 2.0-liter four-cylinder is mated to a revised CVT that improves the fuel efficiency and at the same time makes the powertrain more responsive. The Civic LX is now more fuel efficient at 31 mpg city, 40 mpg highway and 35 mpg combined, compared to 30/38/33 mpg.

Honda also says that it updated the Civic’s suspension and steering to improve its ride and handling.

On the safety front, the new Civic gets new driver and front passenger airbags that are designed to better your head and rear seat side airbags. The Honda Sensing suite has been enhanced with new single-camera system that provides a wider field of view than the previous radar-and-camera based system. The suite also now includes Traffic Jam Assist and Low Speed Braking Control.