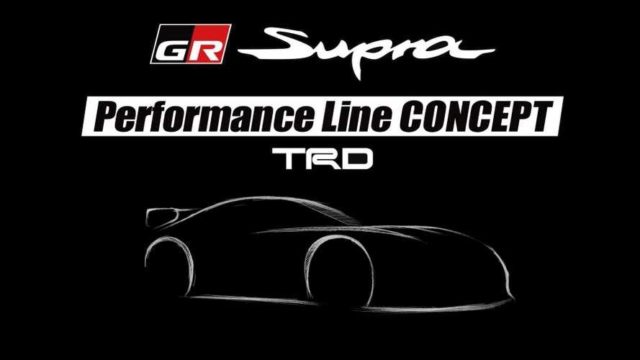 The latest concept shows off the TRD accessories that will be available for the 2020 Toyota Supra. What we can see in this teaser is that the concept will feature a large rear wing, a front splitter and flared wheel arches.

Toyota hasn’t revealed if there will be any performance improvements under the hood. We’ll have all the details when the Toyota GR Supra Performance Line Concept TRD debuts on February 9.