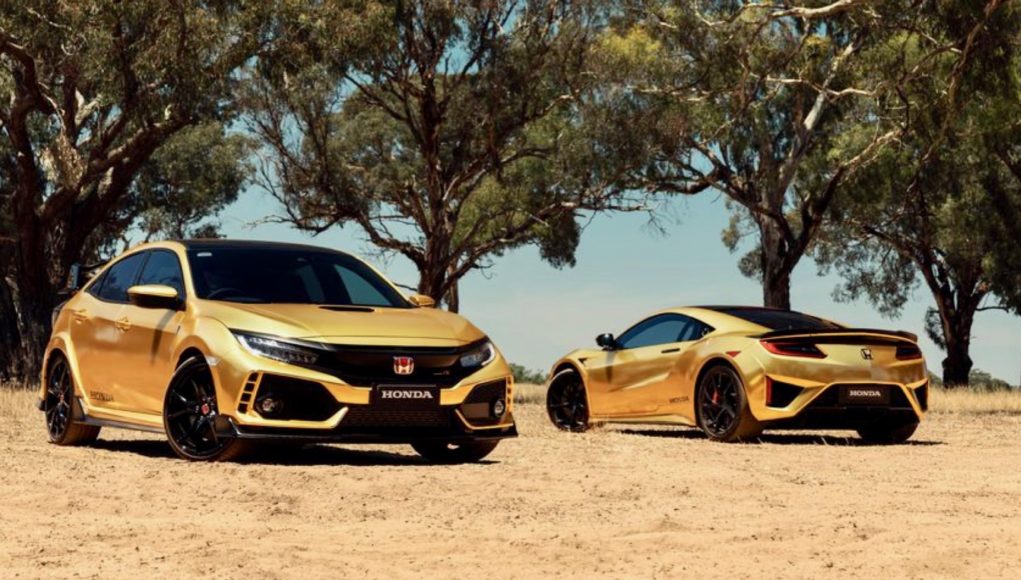 This year Honda is celebrating its 50th anniversary in Australia and to kick off the party, Honda has wrapped a Civic Type R and NSX in gold.

Honda officially arrived in Australia on February 4, 1969 and to celebrate the anniversary it’s not only wrapped the Civic Type R and NSX in gold, but it’s also covered its power equipment as well. Yup that includes a one-off fold lawnmower and generator, in addition to a few motorcycles as well.

“We thought about how we could celebrate our birthday and our unique diversity in a bold and fun way,” said Hiroyuki Shimizu, managing director and CEO of Honda Australia. “I mean, who has ever seen a golden mower or generator before?”