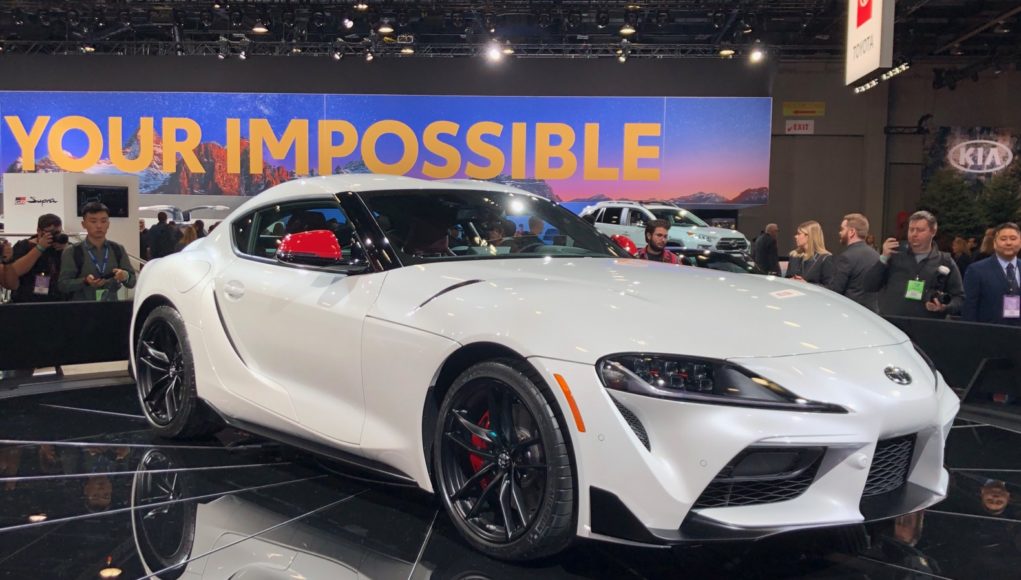 It’s been 21 years since the last Supra was built and now it’s back! Toyota has officially unveiled the 2020 Toyota Supra today at the 2019 Detroit Auto Show. The 2020 Supra is easily one of the most anticipated debuts this year in Detroit.

The fifth-generation Supra is heavily inspired by the FT-1 concept that debut five years ago, but Toyota also says that it takes design cues from the fourth-generation Supra and the 1967 Toyota 2000 GT. Toyota calls the design of the 2020 Supra “Condensed Extreme.” with its long hood and wide stance.

To help send the power to the ground, the Supra gets an active differential that uses an electric motor and multi-plate clutches to control lateral torque. The active differential precisely controls torque distribution between the rear wheels, with stepless variable locking from 0-100 percent.