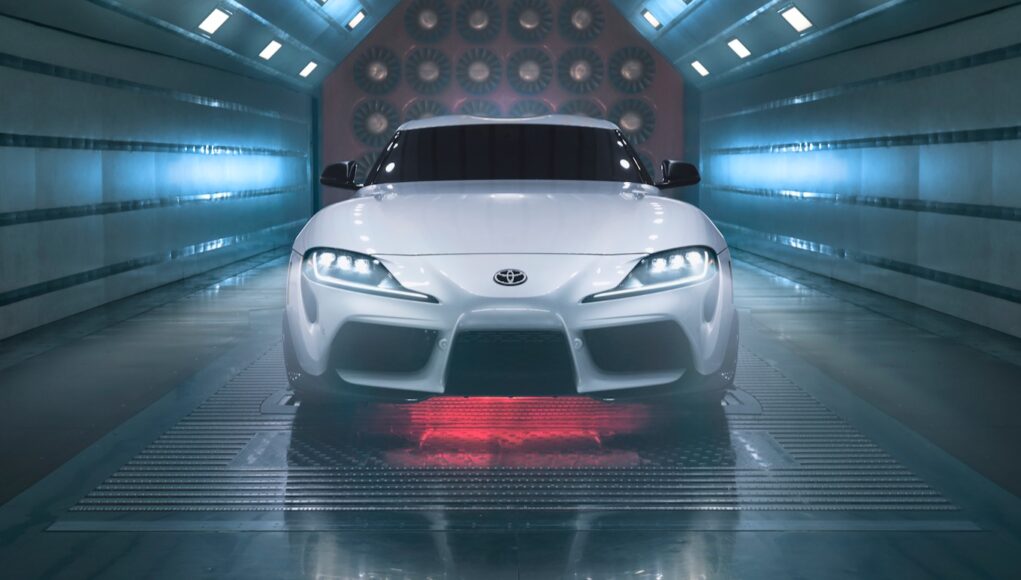 It’s been a few years since rumors started circulating about a more powerful Toyota GR Supra, which will reportedly be called the GRMN Supra. Toyota has yet to make any announcements, but a new report claims to have some info about the more powerful Supra.

Moving past the upgrades under the hood, the GRMN Supra will also likely get a more aggressive front fascia. It will also reportedly get a carbon fiber roof and rear wing.

For now we do not know if any of these reports about the GRMN Supra are true, since Toyota has not released any official details about a more powerful Supra. It could debut in 2023. Speaking of the next model year, there’s a rumor that the 2023 GR Supra will get a six-speed manual option for the six-cylinder engine. The rumor claims that we’ll get to see the 2023 Supra when it debuts on April 28.