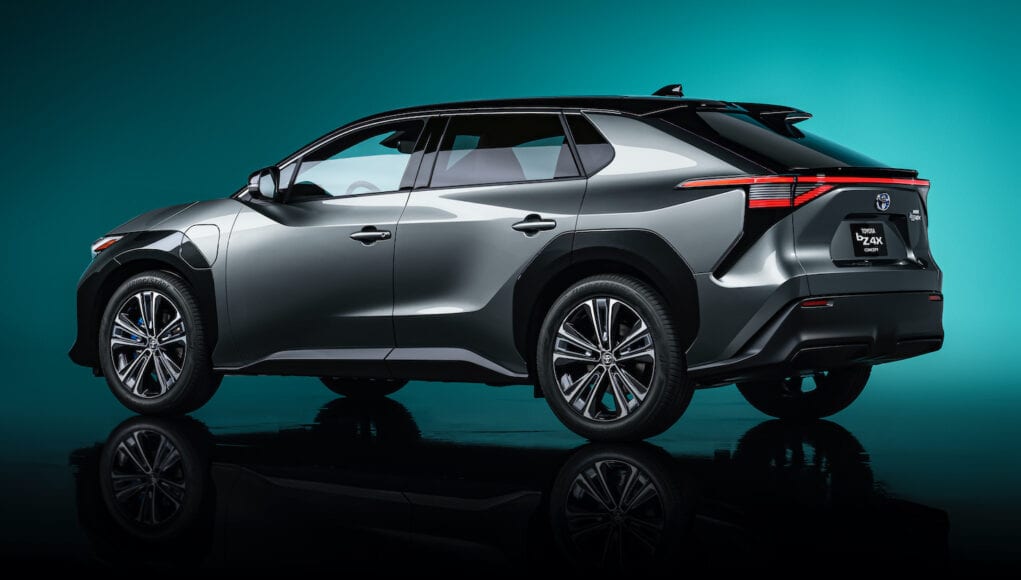 Toyota is finally going to jump on the EV bandwagon and in the near future it will offer 15 new electric vehicles. Seven of them will be badged with the new bZ (Beyond Zero) name. The first EV to arrive will be the bZ4X crossover, which was just previewed as a concept.

The Toyota bZ4X is scheduled to arrive in mid-2022. The bZ4X is based on a new e-TNGA electric platform that Toyota developed with Subaru. It’s about the same size as the RAV4, but it has a longer wheelbase and sits a bit lower.

Toyota has yet to announce the performance specs for the bZ4X, but it does have two electric motors that give it all-wheel drive. A single-motor version is expected.

The Toyota bZ4X will arrive in the US in about a year. A Subaru version is also coming.