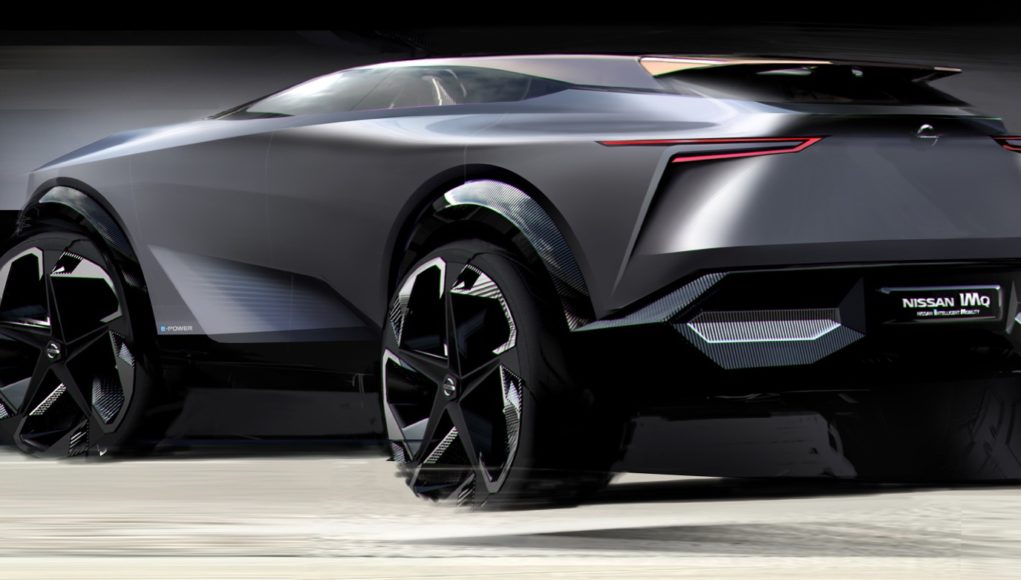 Nissan has announced that it’s bringing a new concept car to the 2019 Geneva Motor Show, which kicks off next month. The Nissan IMQ concept is another preview of an electric Nissan crossover.

According to Nissan, the IMQ concept, “embodies the future of Nissan Intelligent Mobility and gives a sneak peek as to what might be on your future driveway.”

The single teaser that Nissan released today provides a preview of the IMQ concept’s rear end. We can also see that the profile will have very thin windows and the concept rides on massive wheels.

That’s all we have for now, but the Nissan IMQ concept will debut on March 5.