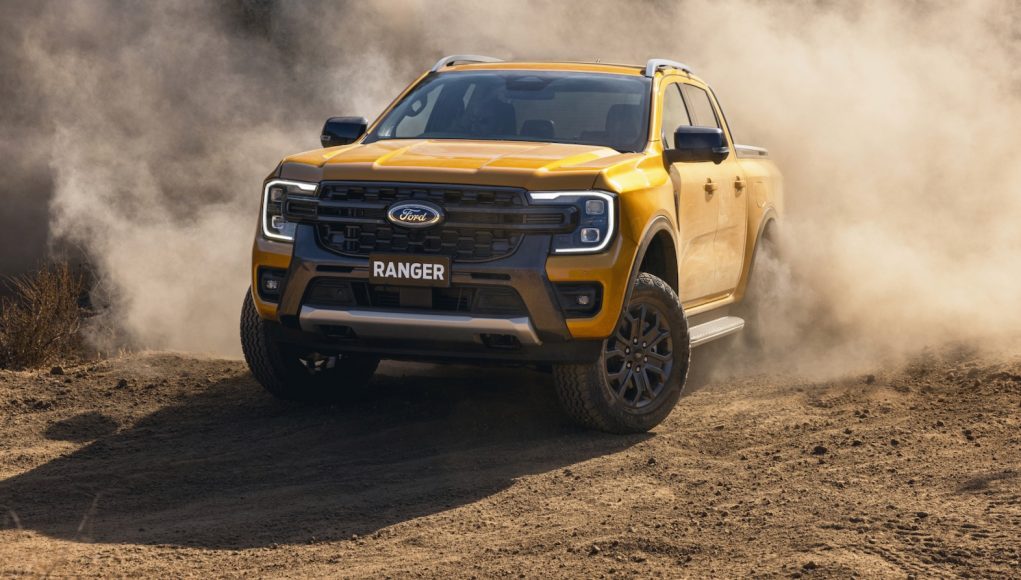 The Ford Ranger only made its return in the US a few years ago, but other markets continued to sell the Ranger, long after it disappeared from here. Now Ford has unveiled the next-generation Ranger, which is set to go on sale in 2022 in select markets, but we’ll have to wait a bit longer to get in the US.

Starting on the outside, the new Ranger borrows some styling cues from the smaller Maverick to give it a boxier look. Overall the styling of the new Ranger is not a dramatic departure, but we do like its bolder face.

We’ll have to wait until Ford releases the specs for the US version, but in other markets around the world, the new Ranger will be offered with a range of gasoline and diesel engines. The engines can be mated to either a manual or a 10-speed automatic transmission.

Inside the Ranger’s interior now looks more modern with its new 10.1- or 12-inch touchscreen that uses the Sync 4 system. The touchscreen looks similar to the Mustang Mach-E, which means that many of the vehicle’s settings can be changed via the screen.

The new Ranger will arrive first in two versions: XLT and Wildtrak.

The 2022 Ranger for other markets outside the US will be build at Ford’s plants in Thailand and South Africa.