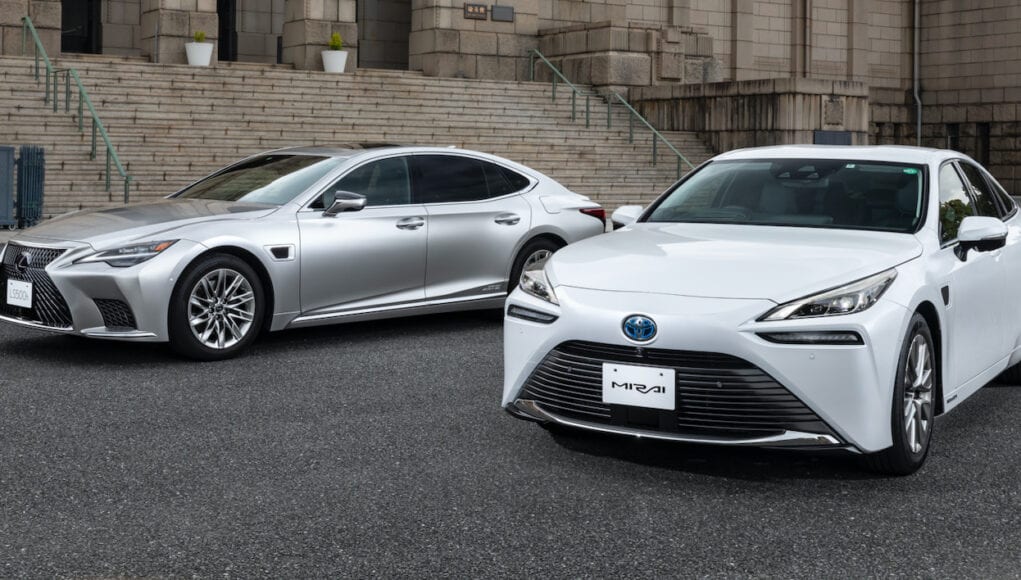 The Advanced Drive system is designed for use on highways. It won’t completely take over the driving, but it can keep the LS and Mirai in the intended lane, maintain a safe distance from the car in front and also execute lane changes. Basically the system will take over the acceleration, braking and steering from the the driver, in the right conditions. What we don’t know is if it is a hands-off system like GM’s Super Cruise system.

If the driver doesn’t respond to the alerts, the system will pull the vehicle off into the shoulder and turn on the hazard lights.

The system also detects large vehicles in the lane next to the vehicle and moves further to the opposite side of the lane to reduce the anxiety of driving next to something, like a semi truck.

Toyota has announced that the technology will arrive this fall in the US on the 2022 Lexus LS 500h. The available Lexus Teammate functionality, which combines the Advanced Drive and Advanced Park systems will be available on the all-wheel drive LS 500h.