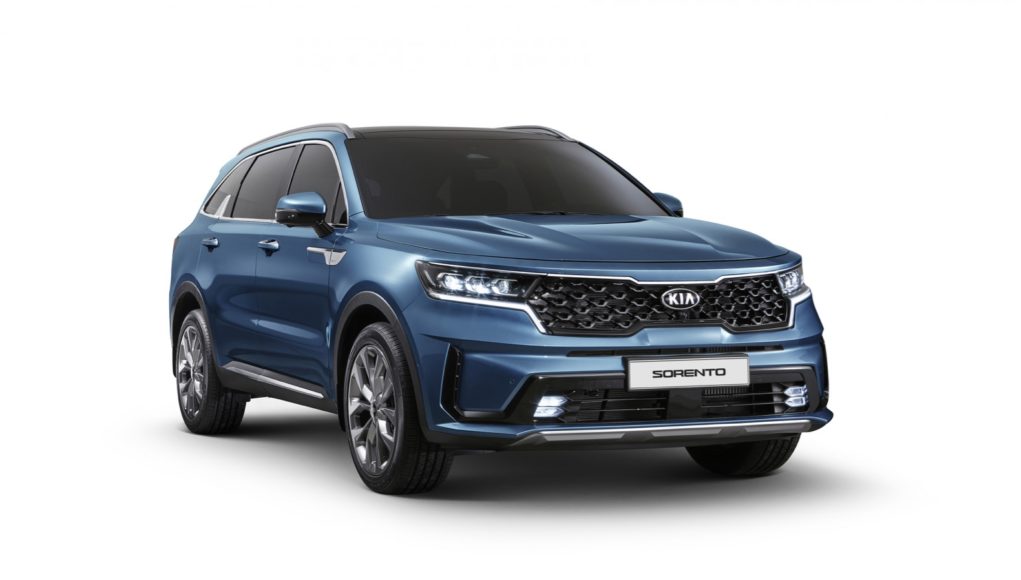 A few days ago Kia released the first photos of the all-new 2021 Kia Sorento, which is going to debut next month at the Geneva Motor Show. Now Kia has released a few more details about the new Sorento, including the info about its first hybrid powertrain.

The 2021 Kia Sorento is based on a new platform and it has grown slightly (10 millimeters), while its weight has dropped a nice 176 pounds. Its wheelbase has also been stretched 35 millimeters to give the 2021 Sorento more interior space.

The bigger news is the debut of the new ‘Smartstream’ turbo hybrid powertrain, which features a a 1.6-liter T-GDi engine, 44.2 kW electric motor and 1.49 kWh lithium-ion polymer battery pack. The hybrid powertrain generates a combined 227 horsepower and 258 lb-ft. of torque. The 2021 Sorento will also be available with a new 2.5-liter turbocharged four-cylinder with 277 hp and 310 lb-ft that’s mated to eight-speed double-clutch automatic transmission.

Outside of the US the 2021 Sorento will also be offered with a 2.2-liter diesel engine with 199 hp and 325 lb-ft. of torque. Kia is also planning to introduce a plug-in hybrid version as well as additional gasoline engines.

On the safety front, the 2021 Sorento will arrive with Kia’s new Multi-collision Brake system that automatically applies vehicle brakes when the airbags have been deployed after an initial collision. A remote smartphone Surround View Monitor will also be available that lets users check the vehicle’s surroundings with their smartphone in conjunction with the in-vehicle Surround View Monitor to make it easier to park the Sorento.

We’ll have all the details about the fourth-generation 2021 Sorento on March 3.