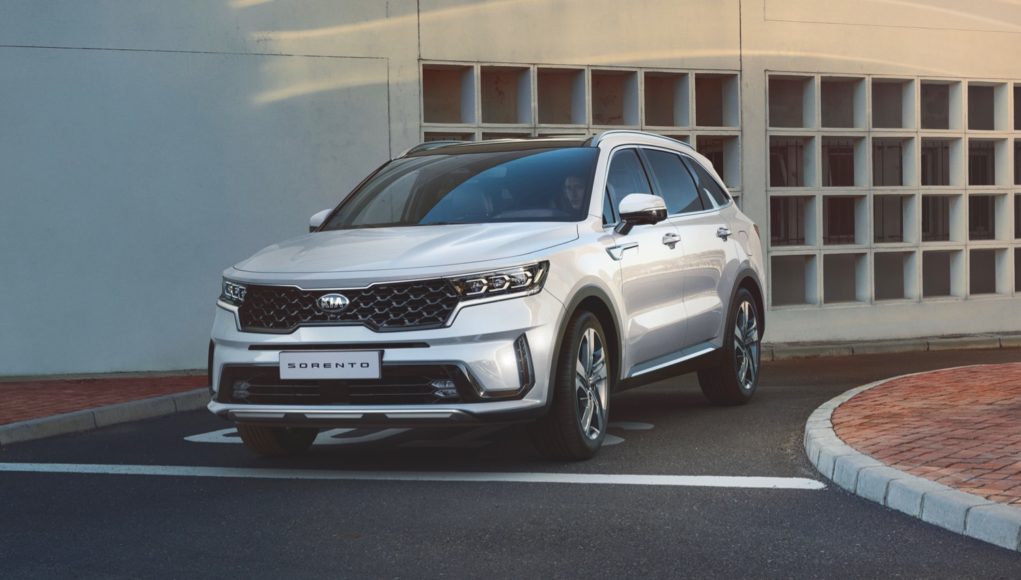 The wait is over. Kia has released the first official photos of the 2021 Sorento ahead of its debut at the 2020 Geneva Motor Show on March 3.

According to Kia, the 2021 Sorento’s design theme is focused on “refined boldness” since the designers wanted to “maintain the robust, tough-looking aesthetic of earlier generations of Sorento, while applying a greater degree of refinement and elegance.” Either way the 2021 Sorento does command more of a presence with its sculpted body and sharper lines.

At the front there’s also a new interpretation of Kia’s signature ‘tiger nose’ grille, which is wider and wraps around the integrated headlamps on each side. The headlamps also feature a new ‘tiger eye’ LED daytime running light.

Kia hasn’t released any specs for the fourth-generation Sorento, but it has already announced that it will be offered with a hybrid powertrain.