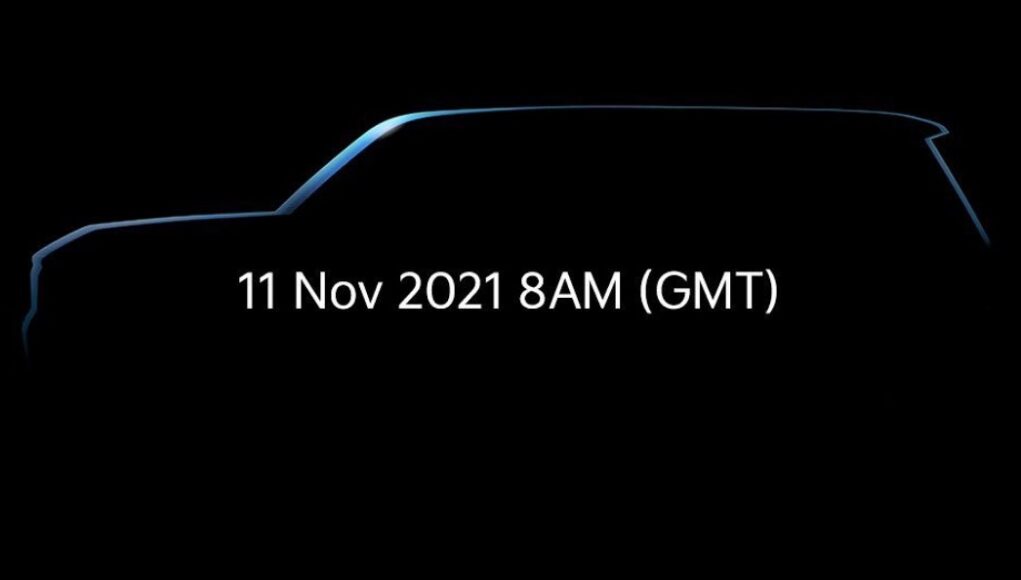 Kia recently introduced the EV6 electric crossover, but it’s not stopping there, since Kia has already confirmed that it’s working on several new EVs. Now we get to see the next one in a few days, since Kia has announced that the EV9 concept will debut on November 11.

The single teaser shows a boxy, big SUV. The tall SUV’s shape looks similar to the Telluride, but it probably won’t be related. The EV9 will be based on the E-GMP platform, which is being used by a range of electric vehicles for Kia, Hyundai and Genesis.

We don’t know any specs yet, but hopefully we will get some details later this week when it debuts at 8 am GMT on November 11.