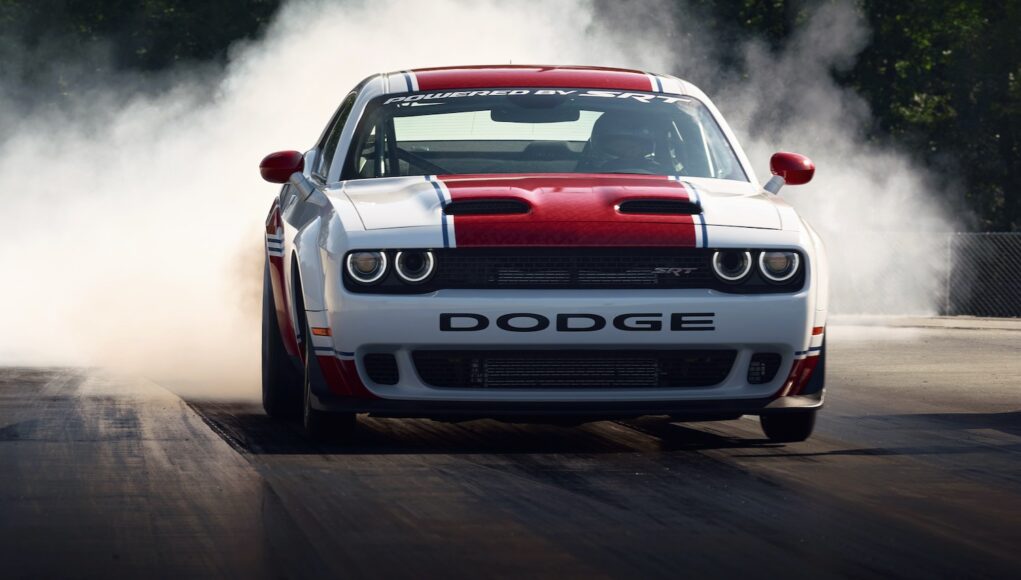 Dodge has some big plans over the next 24 months, which it just revealed as part of its “Never Lift” business plan. The big news is that the two-year strategy will see Dodge introduce a new vehicle or make an enthusiast-related announcement once every three months starting in 2022.

Dodge did not announce what new vehicles it is planning, but Dodge has already confirmed that it’s working on an electric muscle car. A plug-in hybrid SUV is also rumored. We’ll have to wait and see what the future holds, but we can expect at least eight announcements from Dodge through 2024.

The new vehicles aren’t the only announcements today, since Dodge has also announced that it is seeking a “chief donut maker” which is basically a brand ambassador that will embody the spirit of the founding Dodge brothers. The job includes a $150,000 salary and the keys to a Hellcat. Dodge will provide more details in January 2022.

“The Dodge brothers were scrappy go-getters. Never content to follow the trends, they were the seekers of a better, faster, more outrageous way of doing things,” said Dodge Brand Chief Executive Officer Tim Kuniskis. “And we’re looking to hire someone just like them as an ambassador of Never Lift.”

Dodge has also announced the return of the Direct Connection performance parts brand, which includes factory-backed performance parts. It will launch with a line of parts that includes new Direct Connection “Tuner” and “Stage” kits that let Dodge owners install factory-tuned, 50-state-legal stage kit calibrations. The Direct Connection Stage II kit can unlock almost 100 additional horsepower, while a Stage III kit will unlock even more. The parts will only be sold at certified Power Broker dealerships. These special dealerships are “a network of elite dealerships” with staff that is trained to provide a “performance-focused customer service experience.”

“Dodge is a pure performance brand, and the reintroduction of Direct Connection will empower members of the brotherhood looking for increased performance without violating emission requirements or the factory warranty,” said Kuniskis.