Jeep is bringing a full lineup of concept vehicles to the 2021 Easter Jeep Safari in Moab, Utah. The annual celebration takes place from March 27 through April 4.

The big one that we were waiting to see is the all-electric Jeep Magneto concept, which is based on the two-door Wrangler Rubicon. It has four battery packs that total 70 kWh and electric motor that generates 285 hp and 273 pound-feet of torque. What’s interesting is that the Magneto has a six-speed manual transmission. 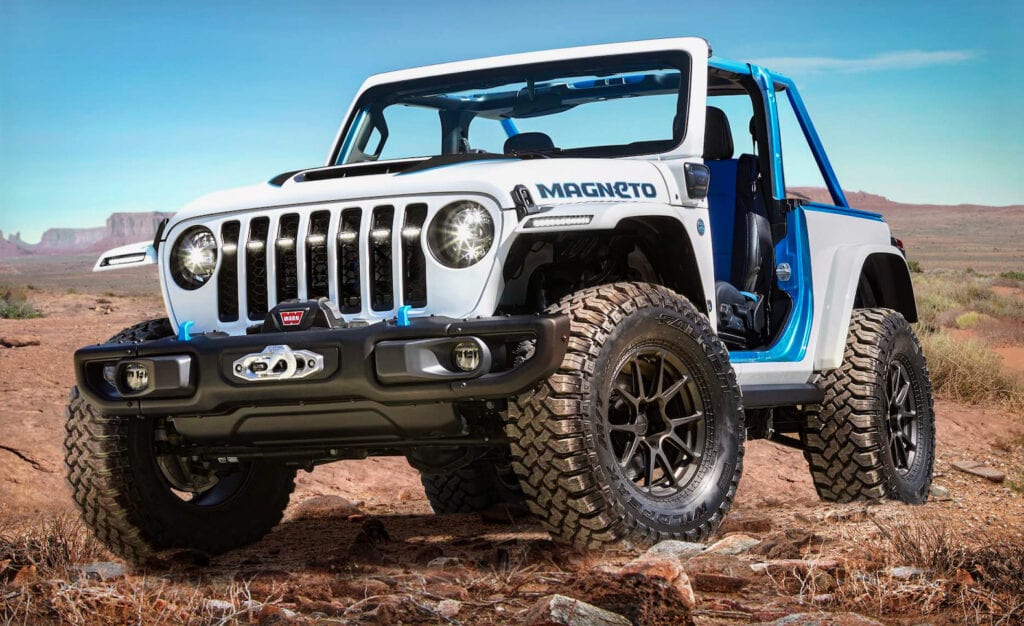 The Magneto concept can hit zero to 60 mph in 6.8 seconds. Jeep hasn’t mentioned it yet, but it’s expected that the Magneto concept is a preview of a production Wrangler EV that could arrive in the near future. 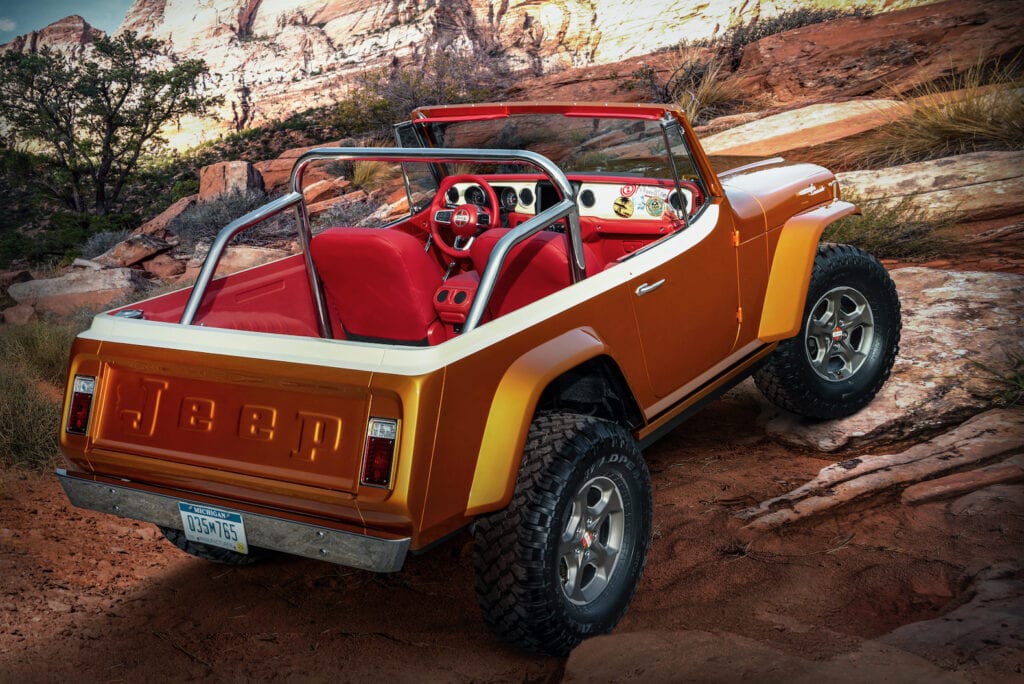 The Magneto concept is a preview of the Jeep’s future, but the 1968 Jeepster Commando Beach concept looks to the past. It’s painted in a two-tone paint scheme of Hazy IPA and Zinc Oxide. On the outside it looks like a vintage Jeepster, but under the skin its a modern-day Wrangler. It’s powered by a 2.0-liter turbocharged four-cylinder with 340 hp and 369 lb-ft., that’s mated to an eight-speed automatic transmission. 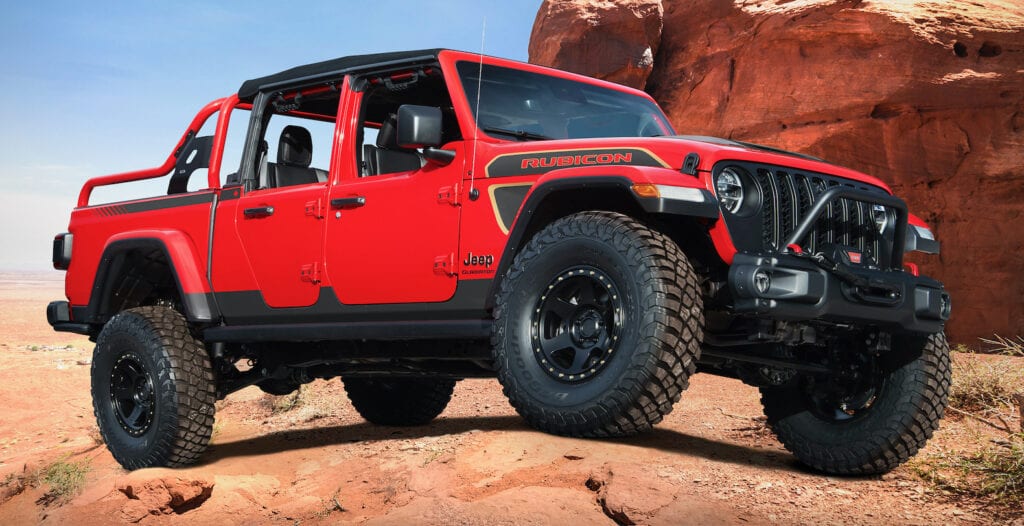 The Jeep Gladiator Rubicon Red Bare is powered by a 3.0-liter EcoDiesel V6 engine that’s mated to an eight-speed automatic transmission that’s been calibrated for low RPM shifts. It has a 91:1 crawl ratio to tackle the toughest trails and it features Dana 44 front and rear heavy-duty axles that have been upgraded with 4.88 axle ratios. The Gladiator Rubicon rides on 37-inch BFGoodrich Mud-Terrain tires and gets a front bumper guard, and factory steel bumpers with a Warn winch. 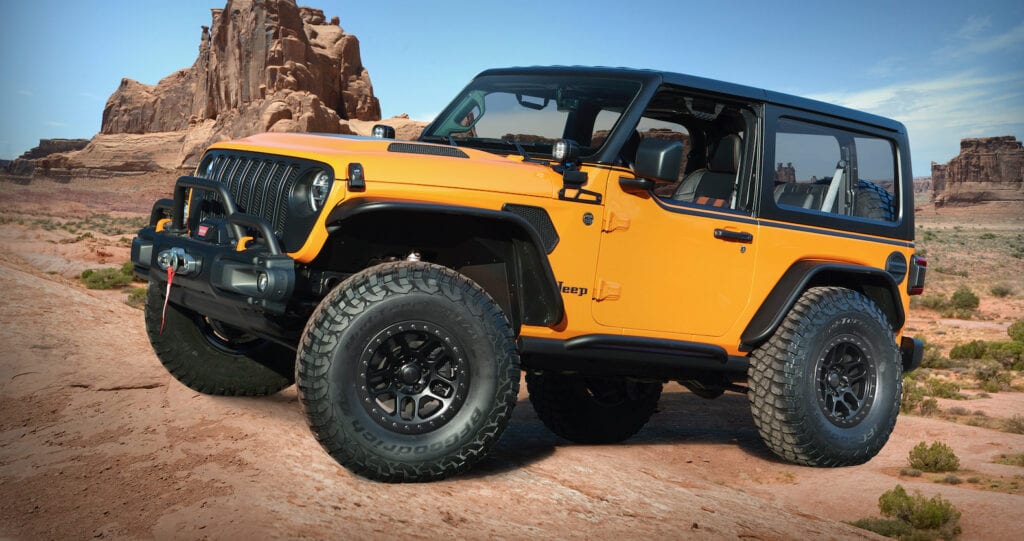 Lastly we have the Jeep Wrangler Orange Peelz concept, which doesn’t have any side or rear windows. It also gets the prototype JPP half doors, a removable one-piece glass sunroof and a windshield that’s made of Corning Gorilla Glass. At the front there are five-inch, off-road LED lights at the base of the A-pillars. It’s powered by the 3.6-liter Pentastar V6 with 285 hp and 260 lb-ft. of torque. It also gets a 2-inch JPP lift kit with fox shocks and 37-inch BFGoodrich KM3 mud-terrain tires.