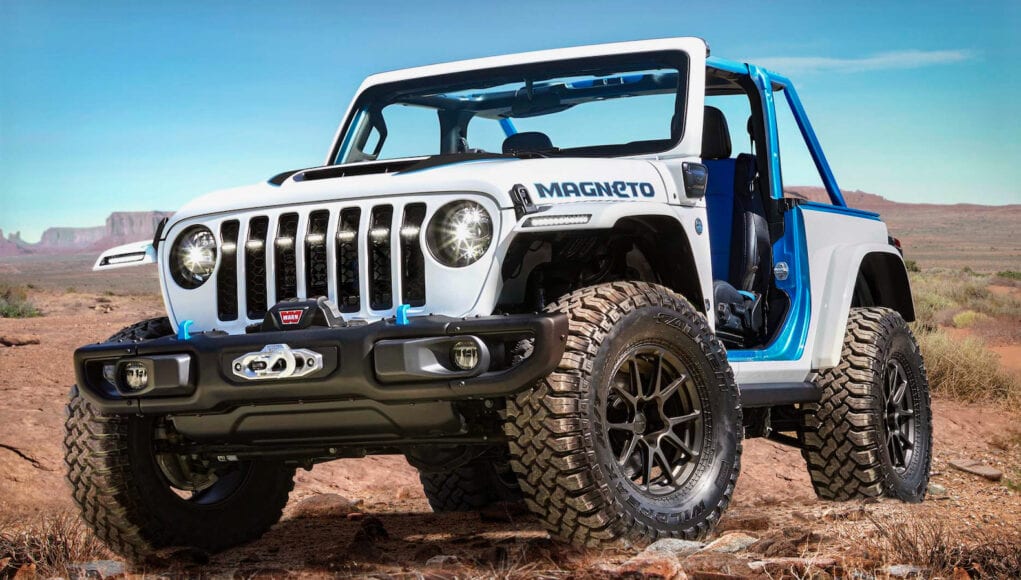 It’s time for the annual Easter Jeep Safari and to celebrate the fun in Moab, Utah, Jeep has unveiled new concepts to highlight the event. This year there are four concepts and one of the most significant is the Jeep Wrangler Magneto BEV concept.

It takes the idea of an electric Jeep further than the Wrangler 4xe plug-in hybrid, since it has a fully electric powertrain. The two-door Rubicon is powered by a single electric motor that generates 273 horsepower and 285 pound-feet of torque, which matches the performance of the 3.6-liter V6. Jeep says that the Magneto concept can accelerate from 0-60 mph in 6.8 seconds.

The electric motor is mated to a six-speed manual transmission, which is definitely an interesting idea. The Magneto concept is powered by four battery packs that combined have 70 kWh of juice, which is a bit low. Jeep hasn’t commented how its driving range, but we expect that it would only have a driving range around 100 miles.