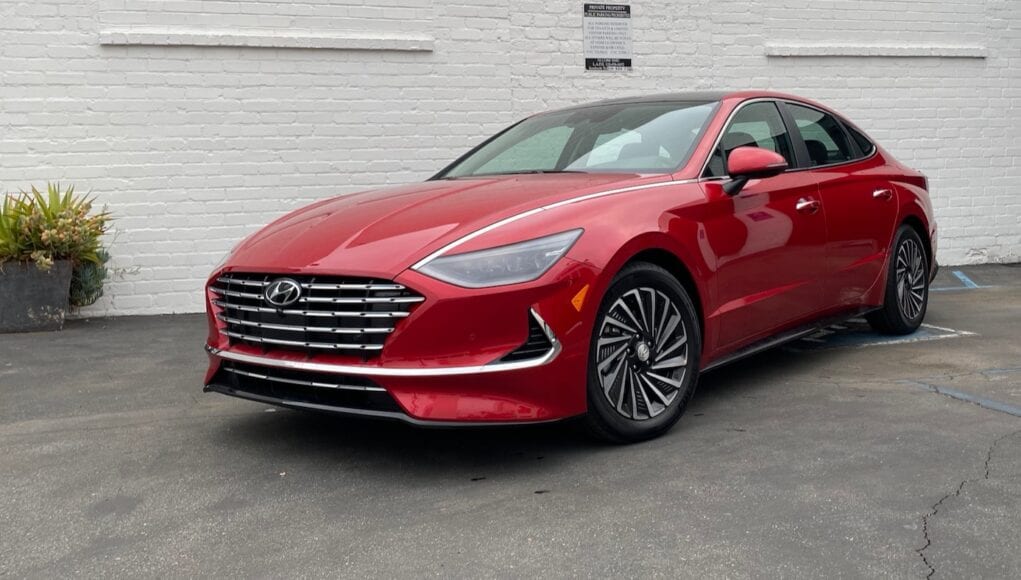 Are you looking for a midsize hybrid sedan? Well you’re in luck, since there are several good options to choose from, including the Honda Accord, Toyota Camry and now we can also add the Hyundai Sonata to that list. The Sonata Hybrid is stylish sedan, that’s packed with features and also a segment leading 52 mpg combined rating.

The Sonata Hybrid was all-new last year, so for the 2021 model year it carries over largely unchanged. That’s not a bad thing, since the Sonata Hybrid is already at the top of its class.

The Sonata Hybrid is powered by a naturally-aspirated 2.0-liter four-cylinder engine that’s mated to an electric motor and a 1.6-kilowatt-hour lithium-ion battery. The four-cylinder engine generates 150 horsepower and 139 pound-feet of torque, while the electric motor has 51 hp and 151 lb-ft. of torque. Combined the hybrid powertrain generates 192 horsepower and its power is sent to the front wheels via a six-speed automatic transmission.

When the powertrain switches from the electric motor to the engine the whole experience could be refined a bit and the six-speed automatic could be a bit smoother. The good news is that you don’t have to worry that you have to drive it like a grandma to get those high mpg ratings. After a week driving the Sonata Hybrid the fuel gauge needle barely moved. If you opt for the Limited trim level you also get a solar-panel roof that helps boost the EV range a bit, since it adds extra juice to the 12-volt battery and the lithium-ion battery. According to Hyundai if you leave it out in the sun a bit, the solar-panel roof can add up to two miles of driving range per day.

If sporty driving is also a priority, the Accord Hybrid has a sportier driving experience, since the Honda feels more stable and agile. That’s not to say we didn’t enjoy driving the Sonata Hybrid around town, but it places more emphasis on comfort than sport, which is typical in this segment.

On the outside the Sonata stands out with a significant dose of style over its forgettable predecessor. Its a sleek sedan with a cohesive look that gives it an upscale feel. The fastback silhouette gives the Sonata a nice profile and at the rear the full width LED light bar is a nice finishing touch.

Inside the interior has a simple, clean layout that’s packed with tech features. Some of the highlights are the 12.3-inch digital instrument cluster, a pushbutton gear selector and a 10.25-inch infotainment touchscreen. There’s also the Digital Key which gets rid of the need to actually carry a traditional key. The only thing we do wish that the Sonata Hybrid was available with is the Remote Smart Parking Assist system that is available on the standard Sonata.

The 2021 Sonata Hybrid is available in three trim levels: Blue, SEL and Limited. The pricing starts at $28,745 for the base Blue trim level, while the top-spec Limited is priced at $36,295.

At the end of the day, the 2021 Hyundai Sonata Hybrid is a stylish hybrid sedan, which stands out not only with its distinctive styling, but also its stellar fuel economy specs.