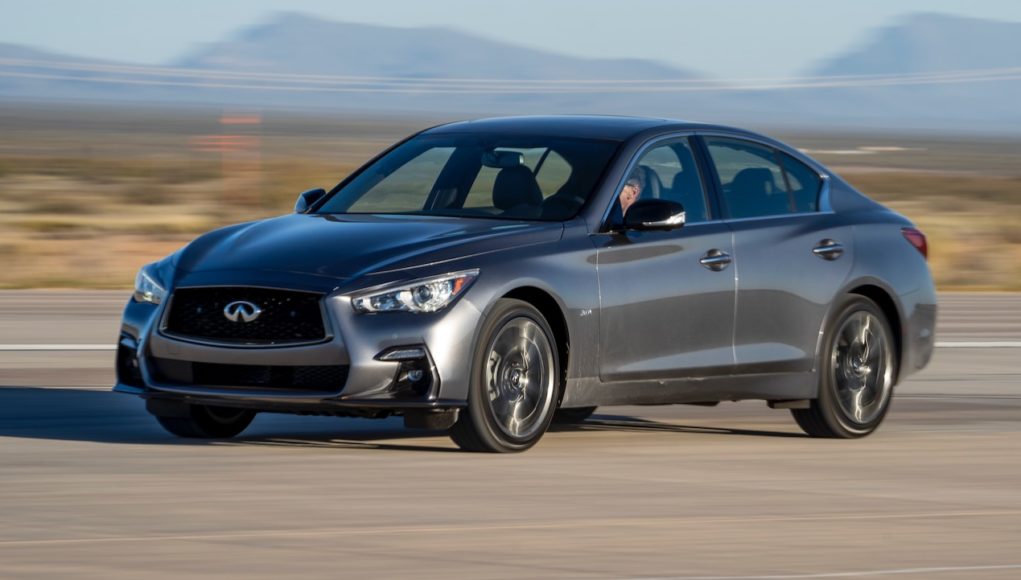 Last week Nissan revealed its turnaround plan, which will see it introduce 12 new models over the next 18 months, but also kill 14 models globally. Now we’re hearing more details about what Nissan has planned for Infiniti. Infiniti’s sales have continued to fall, so according to chief operating officer Ashwani Gupta, Infiniti is going to move from a true luxury brand to “Nissan-plus.”

In an interview with Automotive News, Gupta stated “Infiniti will be great again.” How does Nissan plan to reboot Infiniti? For starters, Infiniti is going to stop trying to rival luxury brands, like Mercedes-Benz.

The first new Infiniti models that are based on Nissan platforms could arrive by 2023.