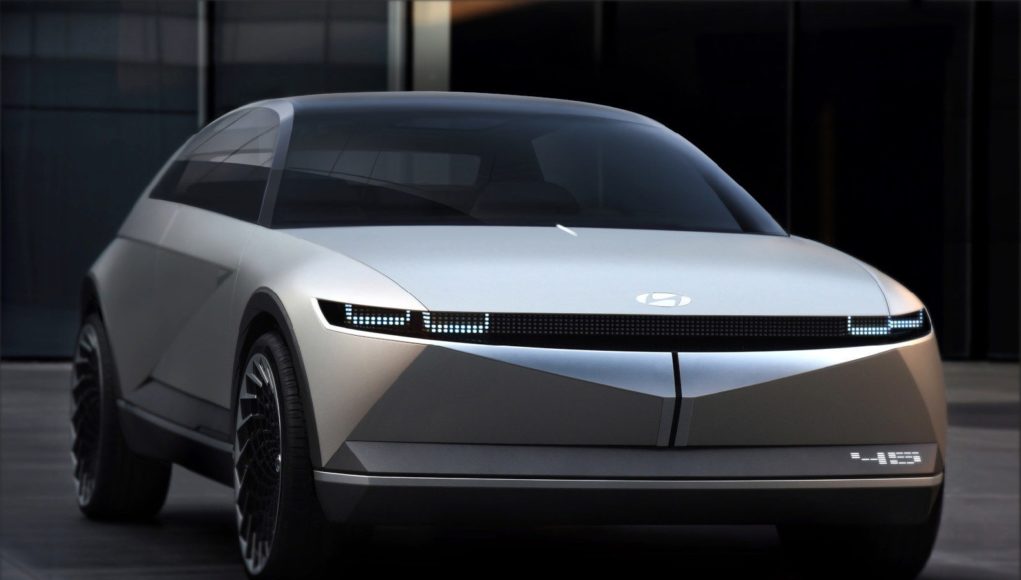 Hyundai recently announced that it’s launching a new sub-brand, called Ioniq for its future EVs. The first of these new electric vehicles is the Ioniq 5, which is an electric crossover that is slated to arrive in 2021. Hyundai hasn’t released any other info, but it looks like a leak might be giving us some early details.

The Korean Car Blog has obtained some screenshots and specs for the Ioniq 5. We already know that it will be based on the 45 concept. The screenshots come from Hyundai Austria, which shows that buyers will be able to reserve the EV with a refundable $1,200 deposit. The 2022 Ioniq 5 is then expected to arrive in June or July in Austria.

We still don’t know when the Ioniq 5 will debut. Hyundai only recently said that it will arrive in early 2021. When it does arrive, an Ioniq 5 First Edition is going to debut, but it’s limited to 150 units. The First Edition has two motors with a combined output of 313 horsepower and a driving range up to 280 miles on the WLTP cycle thanks to its 58 kWh battery.

The second version to arrive will have a larger 73 kWh battery, which will give the EV a driving range up to 342 miles on the WLTP cycle. Here in the US we can expect a slightly lower range when the EPA tests it.