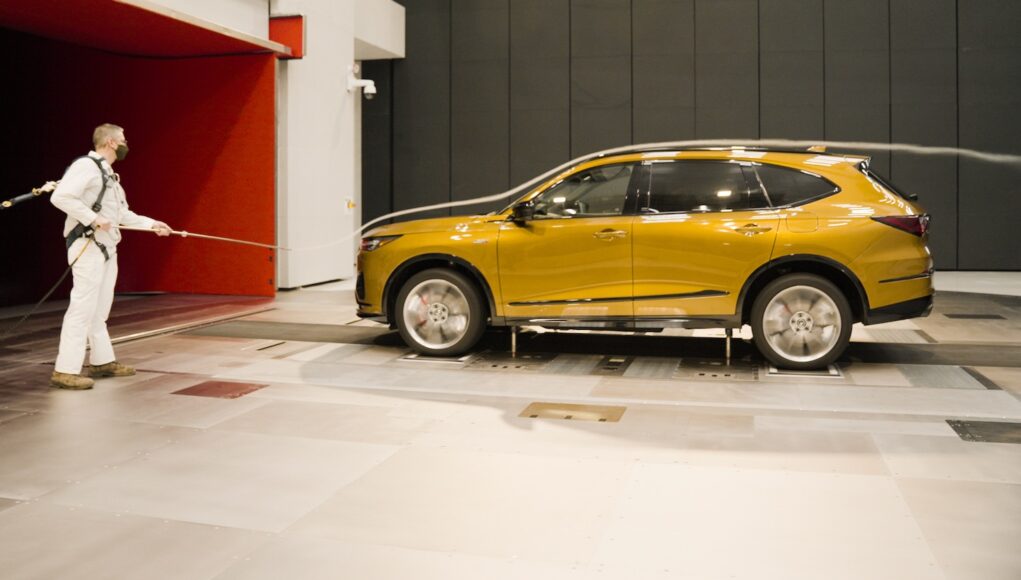 Honda has announced the opening of its new $124 million wind tunnel in Ohio, which will be used to test Honda and Acura models, in addition to Honda’s race vehicles. The Honda Automotive Laboratories of Ohio (HALO) facility is located at the Transportation Research Center Inc. (TRC) in Central Ohio.

Honda says that the new wind tunnel is the “world’s most advanced wind tunnel, with three separate state-of-the art testing functions — aerodynamics, aeroacoustics, and racing — in one location.” One unique feature is the interchangeable modular ground plane system that’s capable of aerodynamic vehicle testing. The facility features a five-belt rolling road system designed for production vehicle development and a second single wide-belt system for testing both high-performance sports cars and purpose-built race vehicles. The tunnel can generate wind speeds of more than 190 miles per hour.

The wind tunnel can also enable an acoustic test system for an aeroacoustic testing mode that’s able to collect real-time data and precision measurement, using microphones and cameras. The wind tunnel will also help Honda with noise reduction, since wind noise will be even more evident inside an electric vehicle.