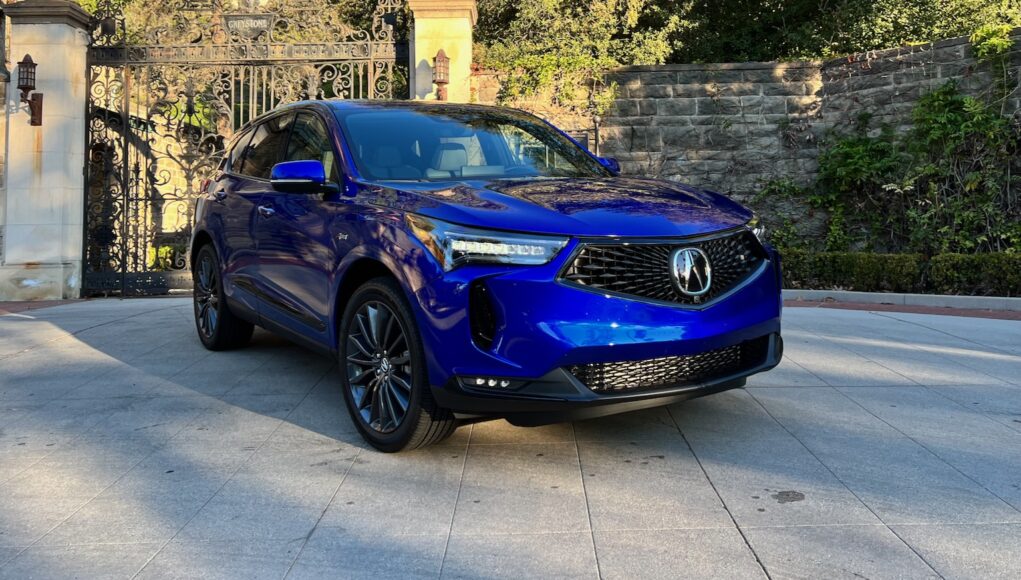 There are lots of options in the small luxury SUV segment, but we can easily say that the 2022 Acura RDX is one of the best. It has a great combination of sportiness and luxury, all at an easy to swallow price. The current generation RDX debuted for the 2019 model year, so for 2022, the RDX gets a host of updates.

On the outside the RDX has received a small nip and tuck with new front and rear bumpers. At the front it gets a more aggressive face with side air intakes and the grille now has a thinner chrome surround. At the rear there are new rectangular dual exhaust finishers, although the A-Spec trim level keeps the former round units. Overall the RDX has aged well, so Acura didn’t really need to do much to keep its small SUV fresh.

On the safety front, the RDX now comes standard with blind spot warning, the automatic emergency braking system can now detect pedestrians and the chassis gets a few updates to improve the RDX’s crash performance.

On the road, the RDX comes alive with an extra dose of sportiness than some of its rivals. Mash the pedal to the floor and the engine comes to life, making it a fun to drive companion. Around town the engine’s low end torque makes the RDX feel athletic, but the 10-speed automatic does sometimes react a bit slower than we’d like. The SH-AWD system does an excellent job by sending the power to the ideal wheel, which comes in handy when you’re carving up a back country road. We do wish that Acura would introduce a Type S version for buyers that want to have even more fun, which would make it the perfect rival to other sporty small SUVs, like the Audi SQ5 and BMW X3 M40i.

Acura made some updates to the damper tuning, which stiffens up the suspension a bit more in “Sport mode, but the RDX isn’t as sporty as the Porsche Macan, something that a RDX Type S could fix.

Inside the RDX’s interior feels and looks upscale, although it does look a bit busy with all the buttons and large rotary drive selector. The RDX’s 10.2-inch touchscreen infotainment system is operated via a touchpad that takes a bit to master. We also wish the RDX’s interior felt a bit more luxurious.

At the end of the day the 2022 Acura RDX is a sporty compact luxury SUV, which can hold its own against its German rivals. We do wish the interior felt a bit more luxurious and that a sportier Type S version was on the options list, but you can’t go wrong with the RDX.