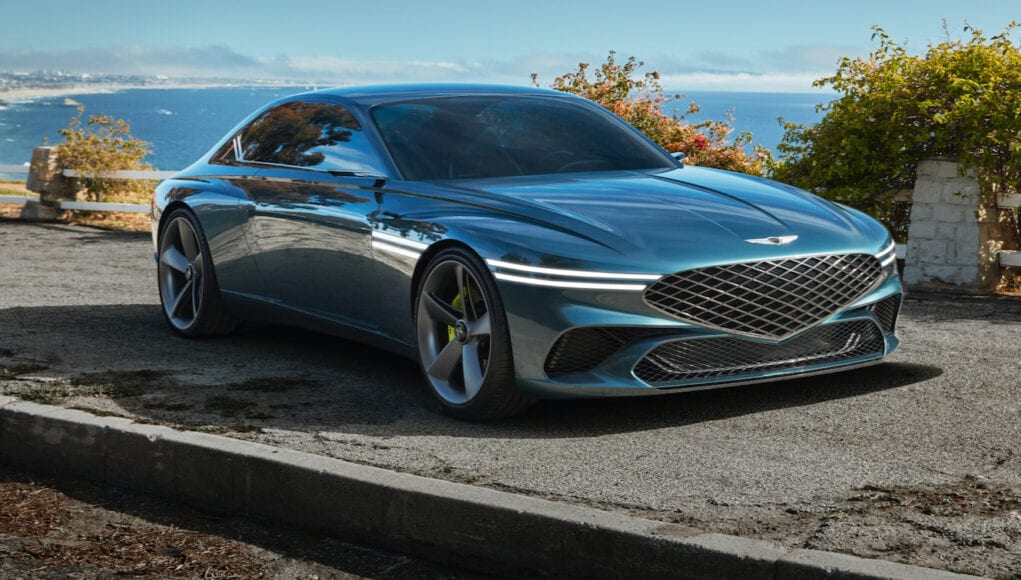 Back in 2018 it was reported that Genesis is going to build a production version of the Essentia concept, but since then we haven’t heard anything about a new Genesis coupe. Well now Genesis has unveiled another coupe concept, called the Genesis X concept.

The Genesis X is the brand’s fifth concept car, which follows other concepts, like the GV80, Essentia, and Mint. According to Genesis, the X concept “epitomizes its new take on sustainable luxury car design.”

The X is branded as a high performance electric coupe. Genesis says that the “Genesis X” name is a combination of Genesis and the letter X, which symbolizes a “hidden hero.”

“The Genesis X Concept can be described as the ultimate vision of Athletic Elegance, the inherent design language of Genesis,” said SangYup Lee, Head of Genesis’ Global Design. “The signature Two Lines theme and sustainable luxury will be blueprints for the futuristic designs and state-of-the-art technologies that Genesis seeks to adopt in its future models.”

It does get many of the same design cues as the latest Genesis models, like the shield-shaped Crest Grille and two-lined headlights. At the rear the taillights also feature a two-lined design, like the G80 and updated G70.

Inside the futuristic looking interior features a floating center console, bucket seats with four-point seat belts and sustainable materials. A weave-patterned fabric made out of leftover pieces of leather was used for the safety belts, the steering wheel, and the airbag cover.