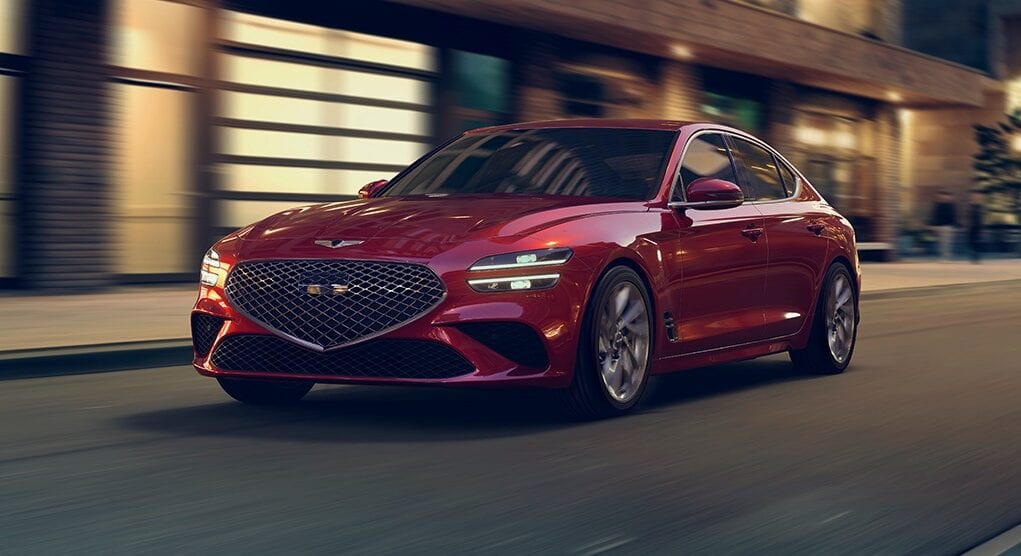 Genesis has released a bit more information about the 2022 G70 and a new batch of photos of the updated sedan. On the outside, the new G70 adopts many of the same styling details as the new G80 and GV80.

Genesis hasn’t announced the specific specs for the US version, but the 2022 Genesis G70 will offer the same engines as before, with the base engine being a 2.0-liter turbocharged four-cylinder with 252 horsepower. The more exciting choice is the 3.3-liter twin-turbo V6 with its 365 horsepower on tap. We’ll have to wait and see if the G70 does get the same 3.5-liter turbo as the updated Kia Stinger.

If you want to amp up the performance a bit more, there’s a new Sports package with a variable exhaust which adds three more horsepower and a more aggressive exhaust sound. The package also adds a “drift mode” with the all-wheel drive system.

Both engines get a new “Sports+” drive mode, which further optimizes the engine and transmission programming to add a bit more sport.

Inside there’s a new 10.25-inch infotainment system, a wireless phone charger and a built-in dash cam.

Genesis has not announced when the new G70 will arrive in the US.