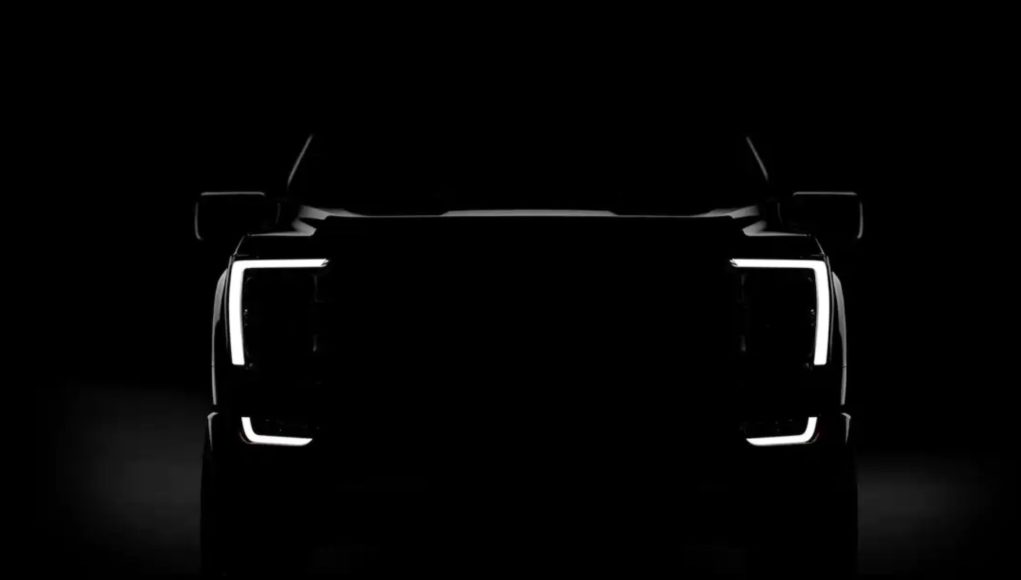 The 2021 Ford F-150 is slated to debut on June 25 and now Ford has released the first teaser of the new F-150. Ford released this single dark image on its website.

While the dark image doesn’t give us a good look at the design of the 2021 F-150, it does preview its new headlights, which feature LEDs that surround the sides and top of the headlights, plus a smaller strip for the fog lights. The LED light signature is similar to the Super Duty truck.

Other than the new headlights, we can’t see much else in this teaser, but the new F-150 will have an even more squared off body than now.

Inside the 2021 F-150 will feature a more modern interior with a large touchscreen and a digital gauge cluster.