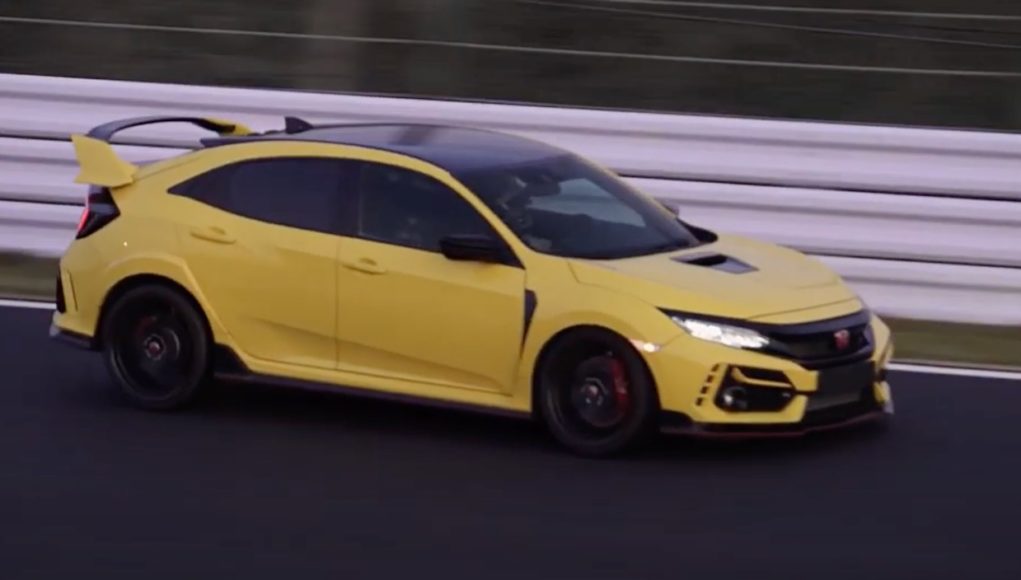 Earlier this year Honda unveiled the 2021 Honda Civic Type R Limited Edition, which it calls the most track-ready version of the Civic Type R. We haven’t heard much about it since then, but today Honda released a teaser of the hot hatchback lapping the Suzuka Circuit, in Japan, in a teaser that it calls the Type R Challenge. But what exactly does this mean?

Well you can see a stopwatch in the fifteen-second video, which likely means that Honda is out to set a record lap time with the Type R. Back in 2017 the Civic Type R was crowned as the fastest front-wheel drive car on the Nurburgring Nordschleife, but that crown was later taken by the Renault Megane RS Trophy-R. Does this mean that Honda is ready to reclaim its title with the Civic Type R Limited Edition?

The Civic Type R Limited Edition could be ready for the challenge, since it’s 46 pounds lighter than the standard Type R and has stickier Michelin Pilot Sport Cup 2 tires. Its dampers have also been retuned and its steering recalibrated to give more feedback.