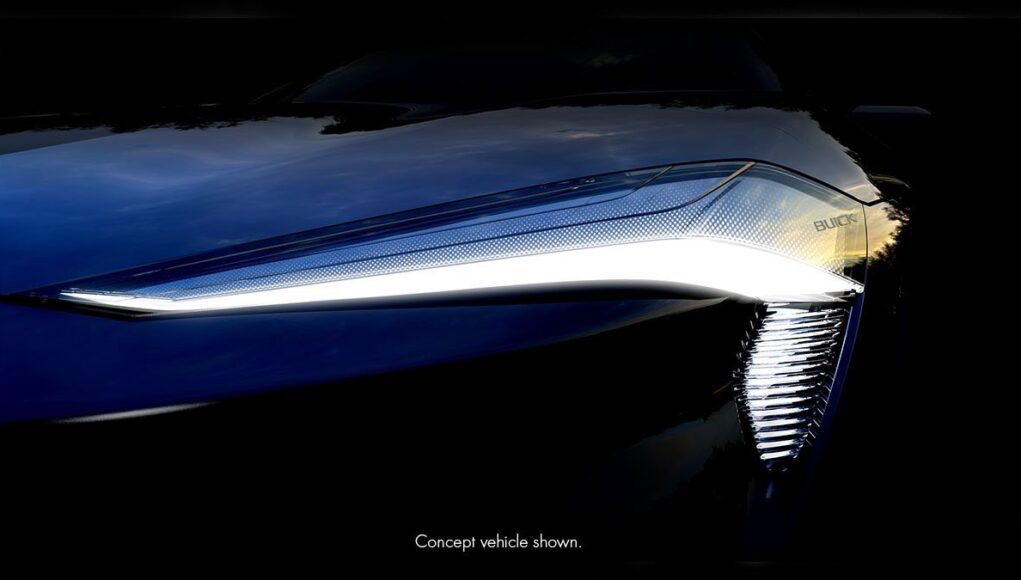 General Motors has plans to add electric models to all its models and while we’ve seen some of the new Cadillac, Chevy and GMC EVs, we haven’t seen what is planned for Buick. Well this summer we will get a preview of Buick’s electric future when it unveils a new electric concept vehicle.

Buick released a teaser of the new concept on Twitter, with the comment, “We’re fans of all @GM EVs, but this summer we will show you our dreams of a groovy electric future. ⚡️ We’re sure a mastermind who makes his own quasi-futuristic clothes will be impressed.”

It’s expected that Buick will offer an an electric crossover and SUV by 2025. We still don’t know what Buick’s EVs will be called, but it did recently trademark the Electra name in Canada and the U.S. and last month it trademarked the Velite name in the U.S. The Velite name will be new to the U.S., since it’s currently used for Buick’s electrified models in China, like the Velite 7 and Velite 6.