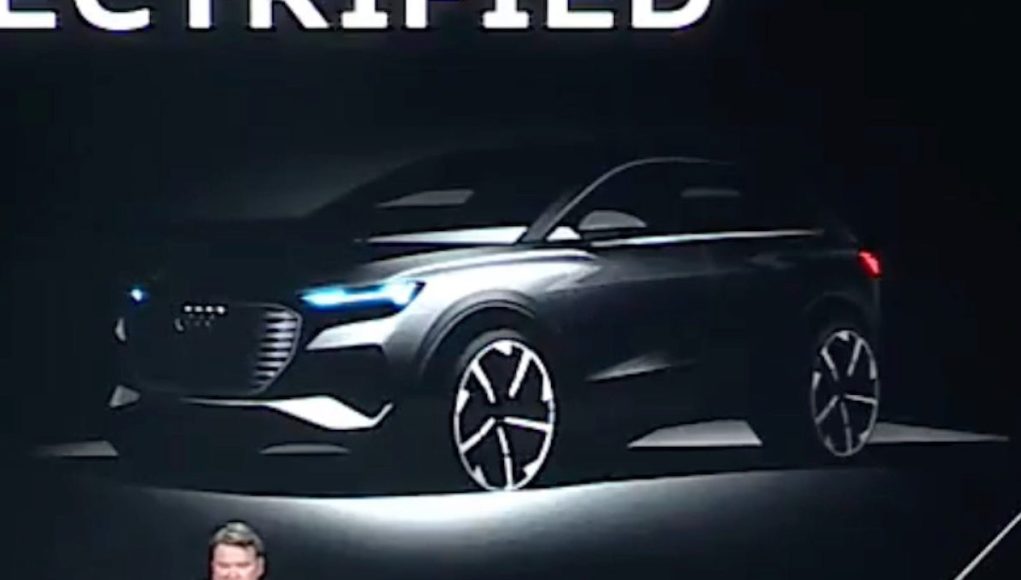 Audi has already introduced the e-tron SUV, its Tesla Model X rival and now it looks like Audi is already working on a rival to the compact Model Y crossover. Audi has confirmed that it is working on a compact e-tron SUV that will be unveiled as a concept at the Geneva Motor Show in March.

At a recent launch event for the e-tron in the Netherlands, Andreas Mindt, Head Exterior Design at Audi revealed that Audi plans to introduce a “smaller e-tron SUV”. The smaller SUV was also teased in the photo you see here.

The smaller e-tron SUV will be the third e-tron SUV, since Audi also plans to launch the e-tron Sportsback later this year.

The debut of the e-tron compact SUV will also take place just ahead of the debut of the Tesla Model Y, which is reportedly going to debut on March 15.