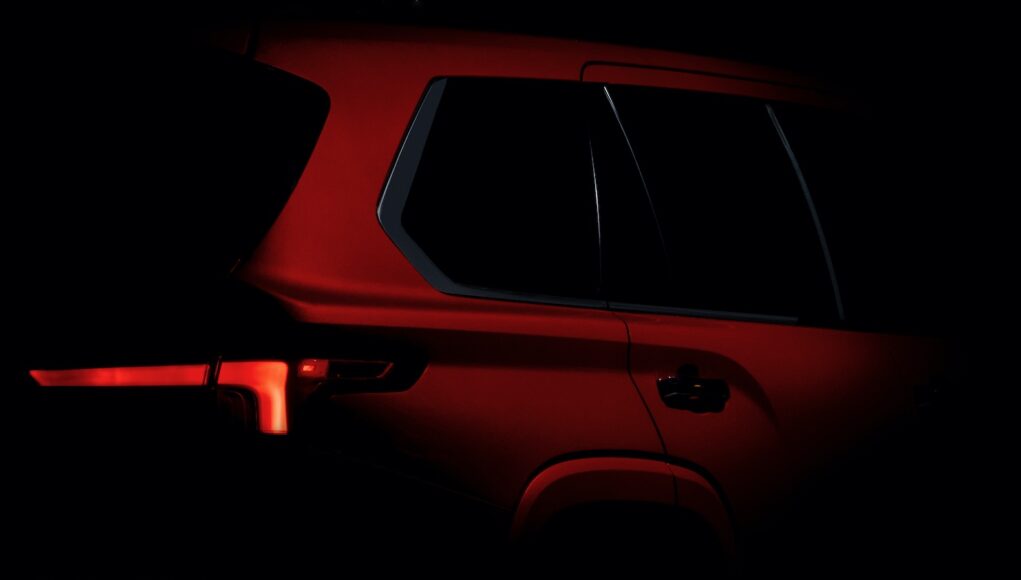 Toyota has released the first teaser of a new SUV, but it stopped short of revealing its name. The only thing that Toyota stated with the photo is that “something big is coming.” What does that mean? Well it pretty much means that this is our first look at the new 2023 Sequoia.

The teaser photo reveals the rear 3/4 view of the new Sequoia, with its LED taillights and its more sculpted body. The 2023 Sequoia will be based on the same platform as the new Tundra. That means that we can expect the Sequoia to also ditch its current V8 engine, in favor of the new turbocharged 3.5-liter V6. The 3.5-liter V6 hybrid powertrain will also probably be part of the mix for the Sequoia TRD Pro version.

Toyota has not announced when the 2023 Sequoia will debut, so stay tuned.