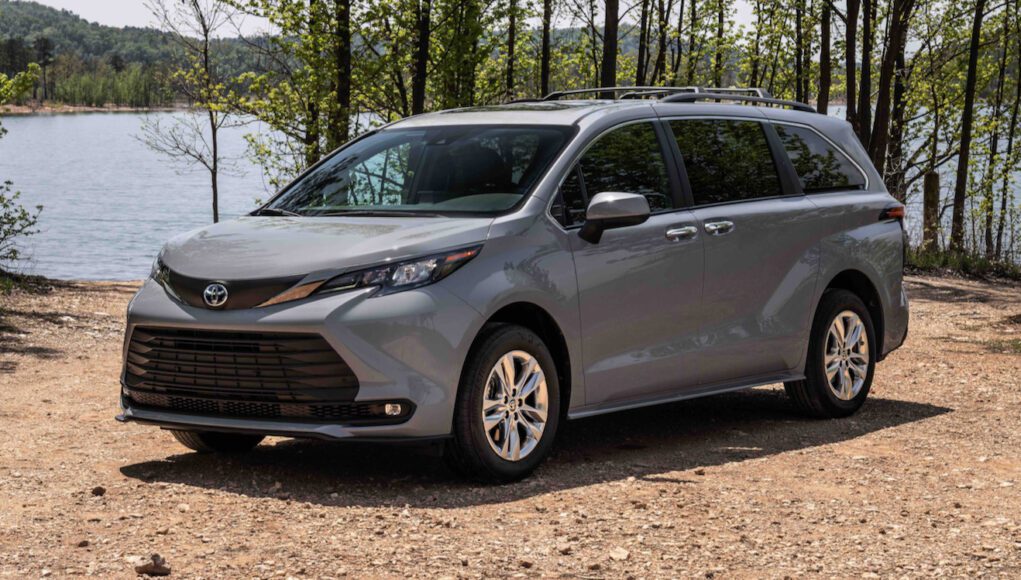 Toyota has unveiled a new version of the 2022 Sienna minivan, called the Sienna Woodland special edition. This special Sienna is ready for a family adventure with its higher ground clearance and standard all-wheel drive.

In addition, the Sienna Woodland also gets a tow hitch with 3,500 towing capacity, a 155 watt power outlet, roof rails with crossbars, 18-inch wheels, dark chrome accents and a navigation system with a JBL 1200 watt audio system.

The Sienna features a unique all-wheel drive system, since instead of using the power from the hybrid powertrain to power the rear wheels, there’s an independent electric motor that powers the rear wheels. The system can send 80 percent of the power to the rear wheels on slippery surfaces. The Sienna Woodland Edition has a 35 mpg combined mpg rating.

Toyota says that it will donate $250 to the National Environmental Education Foundation (NEEF) for each Sienna Woodland purchased, with a guaranteed minimum donation of $250,000.