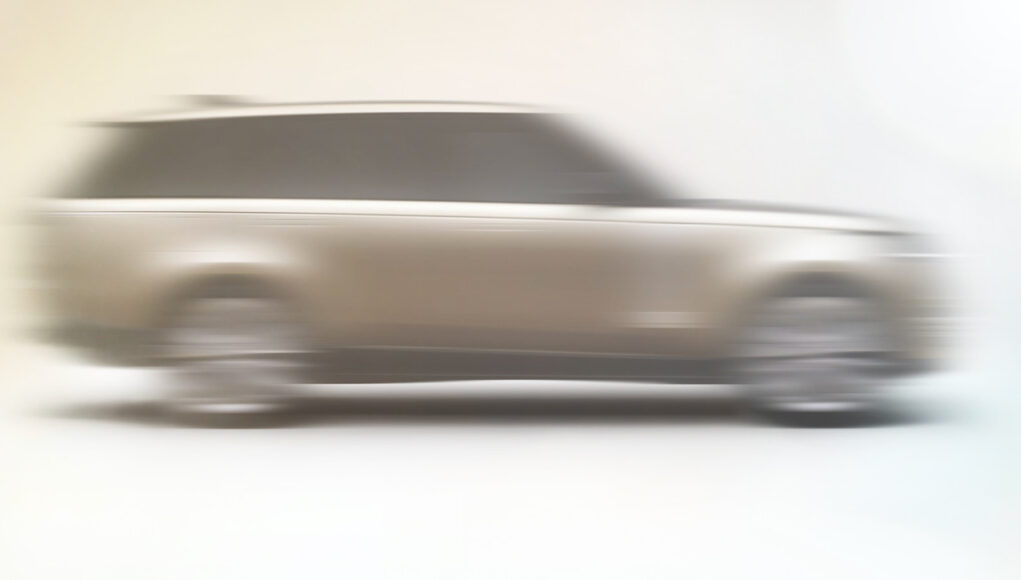 A new Range Rover is just around the corner, since Jaguar Land Rover has released the first teaser of its new flagship SUV. The 2022 Range Rover is slated to debut on October 26.

“The New Range Rover is a vehicle with a peerless character, from the impeccable restraint of its exterior to the flawless tranquil sanctuary of its cabin. Informed by creative intellect and a desire for perfection, it doesn’t follow fashion or trend, but by a modernist design philosophy, combined with over 50 years of evolution, it is quite simply the most desirable Range Rover ever created,” stated Prof Gerry McGovern OBE, Chief Creative Officer, Jaguar Land Rover.

The current Range Rover debuted in 2012, so it’s long overdue for a major redo. We can see from this teaser photo that the new Range Rover will get an evolutionary redesign with a silhouette that isn’t a huge departure. Under the skin the 2022 Range Rover will be based on Jaguar Land Rover’s new MLA platform.

We can expect a range of gasoline, diesel and electrified powertrains. A plug-in hybrid is expected and a fully electric version is rumored.