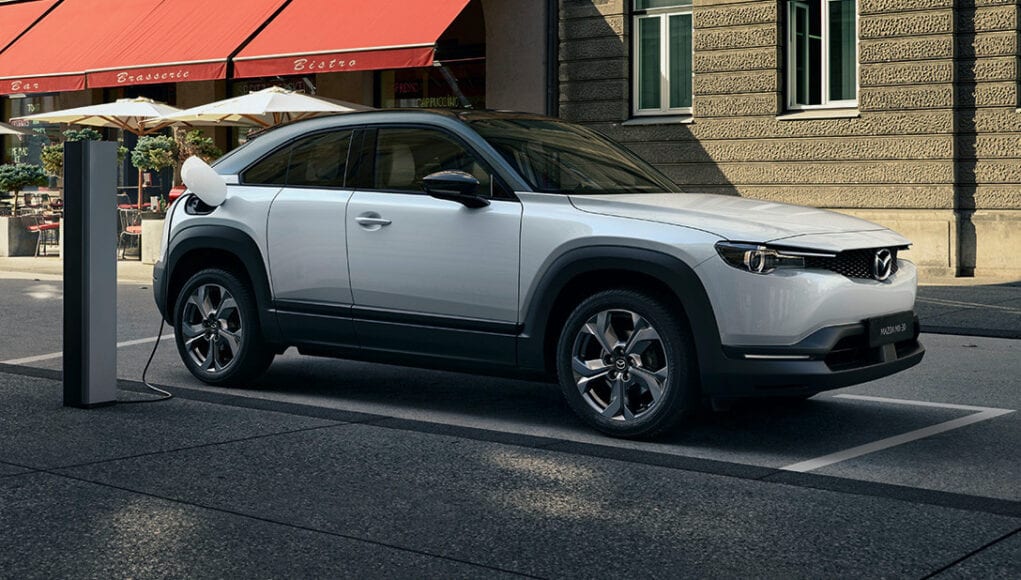 Mazda has announced that it will introduce its first electric car in the United States later this year. The 2022 MX-30 EV will arrive in California this fall, while a plug-in hybrid version is slated to arrive later.

The fully-electric MX-30 is powered by a single electric motor that powers the front wheels. It has 144 horsepower and 200 pound-feet of torque. The MX-30 has a small 35.3 kWh battery pack, which means that it won’t have a driving range that will rival other affordable EVs, like the Chevy Bolt or Nissan Leaf. In Europe it only has a 124 mile range on the WLTP cycle, which means here in the US we can expect a range closer to 100 miles. We’ll have to wait until the EPA releases its official stats.

The MX-30 can be recharged up to 80 percent in 36 minutes using a DC fast charger.

Mazda has not announced the pricing for the MX-30 EV.