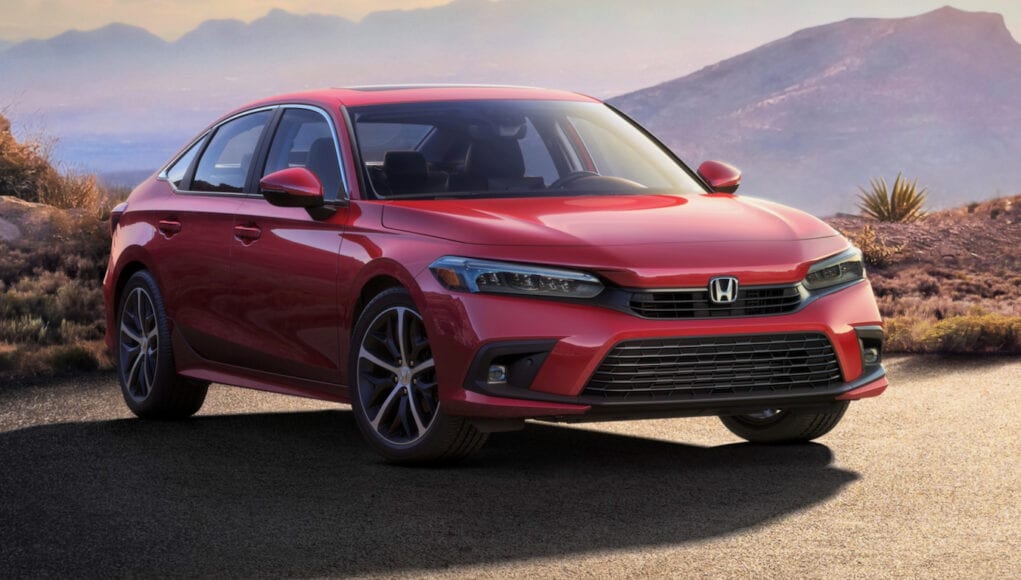 After several leaks, we finally have our first look at the 2022 Honda Civic sedan. Honda has released a single photo of the new Civic, which is going to officially debut later this month on April 28.

Honda previewed the new Civic with the Civic Prototype and as expected, not much differs between the prototype and the production version. This means that the 2022 Civic now has a more grown up look compared to its aggressively styled predecessor. In many areas the new Civic sedan looks a lot like the larger Accord.

According to Honda, the 2022 Civic is designed around a human-centered design, “which maximizes the total environment for the driver and passengers, while minimizing the space needed for mechanical components.” We have yet to see a photo of its interior, but Honda describes the inside as “simple and sporty.”

If you can’t wait to see it, Honda has announced that the 2022 Civic will be shown off during the Civic Tour virtual concert on Twitch on the April 28.

The 2022 Civic sedan is scheduled to go on sale this summer. Honda also says that the new Civic hatchback will arrive several months after the sedan. Sadly the Civic coupe is dead, but the Si and Type R models are set to return too.