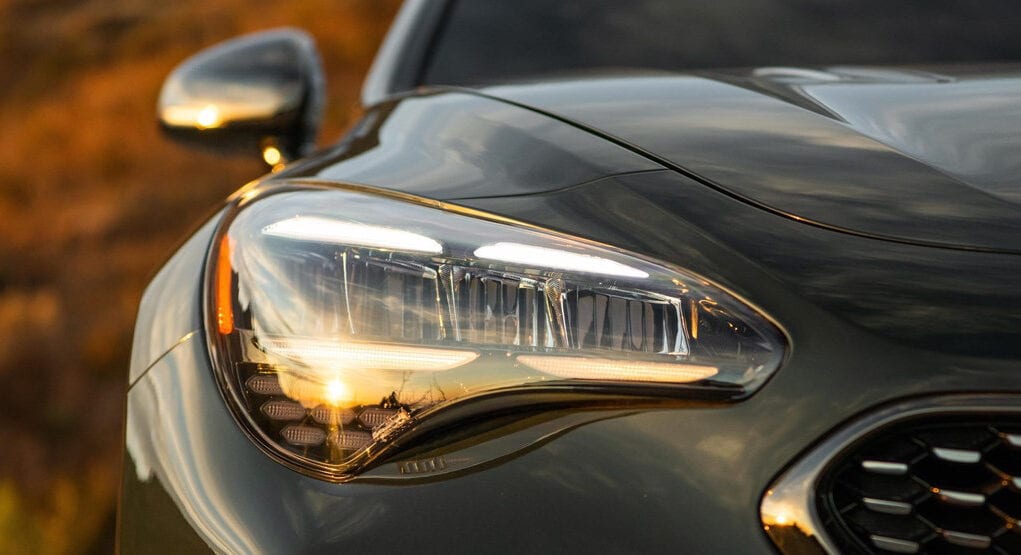 Kia already unveiled the updated Stinger for South Korea and Europe, but now we’re about to see the US version of the 2022 Stinger. Kia has announced that the 2022 Stinger will debut on March 16.

The single teaser photo of the refreshed Stinger shows off its updated headlights and grille. The headlights are nearly identical to the version sold in South Korea, with the only big difference being the amber turn signal at the corner of the headlights on the US version.

We’ll have to wait and see what other differences there are, but the version sold in other markets has new full width taillights and larger exhaust pipes than the current Stinger. Inside the interior has also been upgraded with a 10.25-inch infotainment screen that replaces the 8.0-inch screen.

Under the hood the 2.0-liter four-cylinder is gone and in its place there’s a 2.5-liter turbocharged four-cylinder that generates 300 horsepower. The twin-turbo 3.3-liter V6 has also been upgraded to generate three more horsepower at 368 hp vs 365 hp.