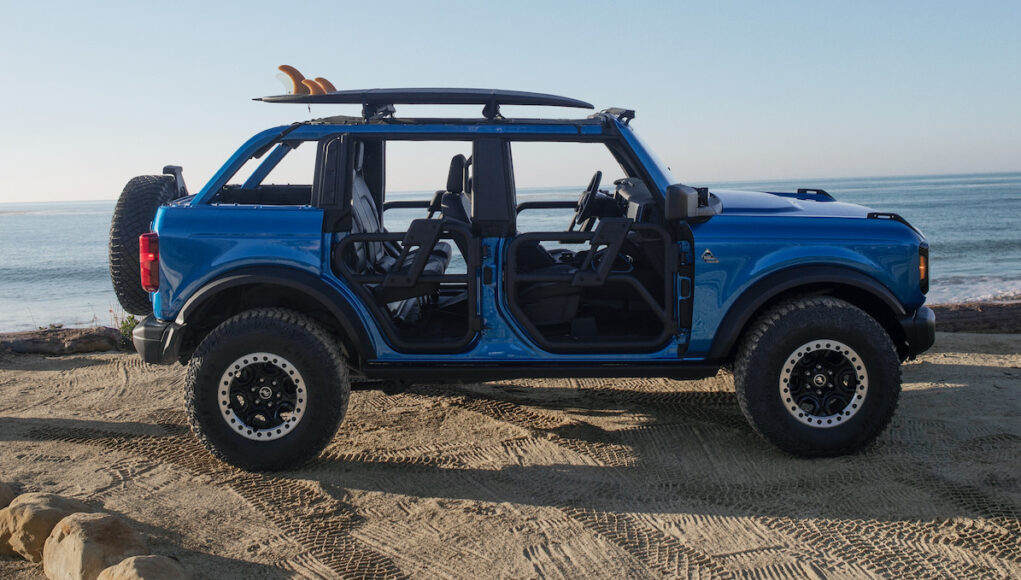 If you’re a fan of tube doors, there’s some good news today. It’s being reported that the Ford Bronco will get optional dealer-installed tube doors for the 2022 model year.

Ford Authority is reporting that unnamed “Ford Performance executives” confirmed the news. The tube doors use the same hinge and latch locations as the standard doors, which means that it’s easy for you to swap them out when you want to have the closed doors on again.

Ford unveiled the Bronco Riptide concept a few months ago, which previews what the tube doors may look like. We don’t have the official pricing yet for the tube doors.