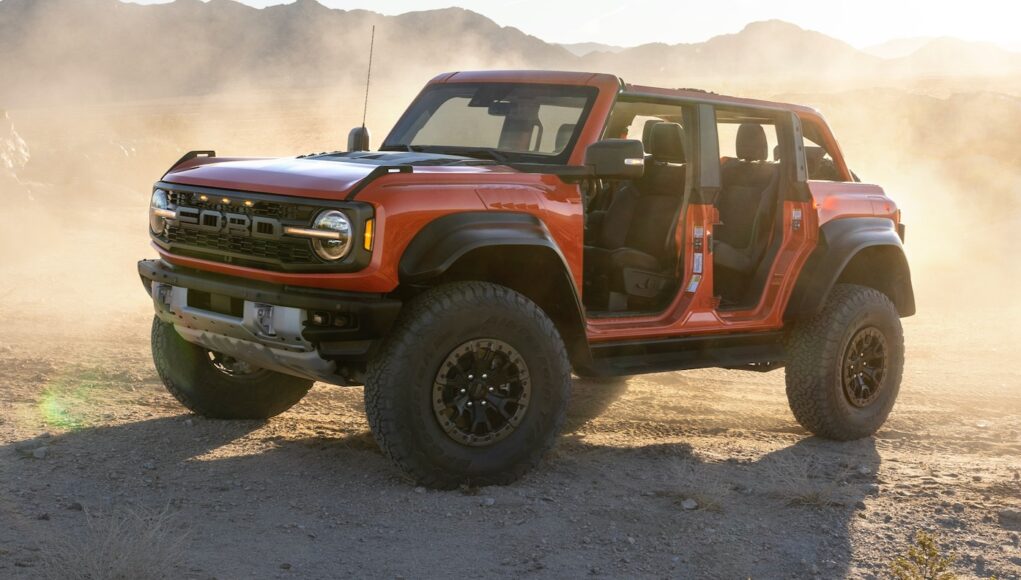 The Bronco Raptor is powered by a twin-turbocharged 3.0-liter V6. It’s also rated at 15 miles per gallon city, 17 mpg highway, and 15 mpg combined.

In addition to the extra power under the hood, the Bronco Raptor also gets larger front and rear driveshafts, and an upgraded transfer case and Dana axles. The suspension has also been upgraded with new shock towers, control arms and other parts. The Bronco Raptor has 13 inches of suspension travel at the front and 14 inches at the rear, plus 13.1-inches of ground clearance.

The Bronco Raptor is taller and wider than any of the other Bronco models at 77.8-inches and 9.8-inches wider. Its track widths are also 8.6-inches wider. 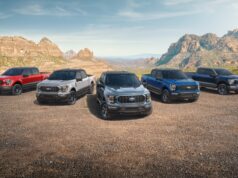 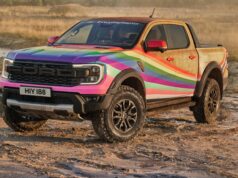