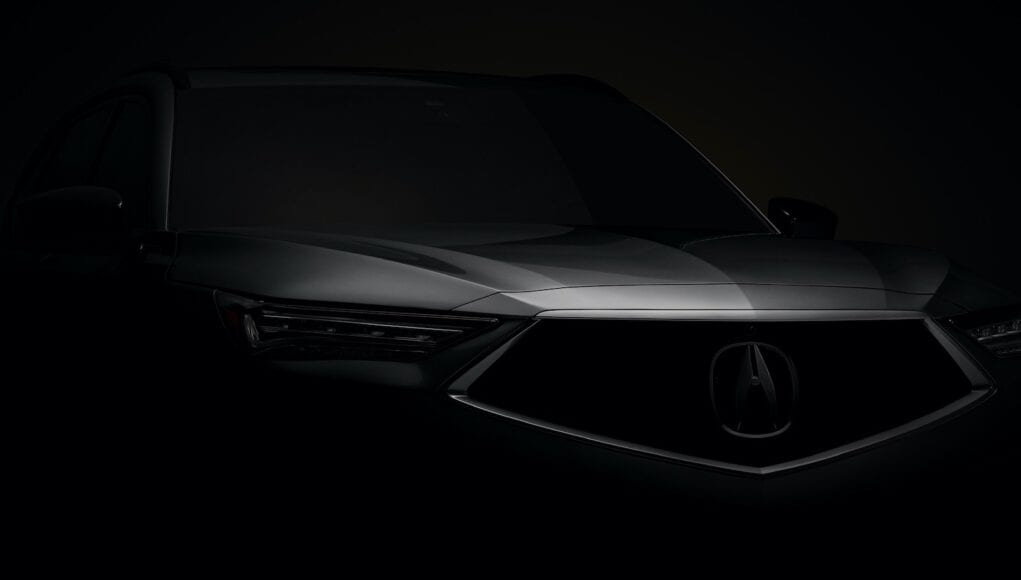 Acura gave us a preview of the 2022 MDX with the debut of the MDX prototype in October and now it’s ready to reveal the production version. Acura has announced that the 2022 MDX will debut on December 8.

Just like other Acura prototype’s, the MDX prototype is pretty close to the production version that we’ll get to see next week. The fourth-generation MDX will be based on a new light-truck platform with a double wishbone front suspension. Under the hood the MDX will be powered by a 3.5-liter V6 engine that’s mated to a 10-speed automatic transmission. The Super Handling All-Wheel Drive system will be available.

For buyers that want a sportier MDX, the MDX Type S will debut in summer 2021. We can expect it to have the same 3.0-liter twin-turbocharged V6 as the TLX Type S. In the TLX Type S the twin-turbo generates 355 horsepower and 354 pound-feet of torque.

The 2022 Acura MDX will arrive early next year.