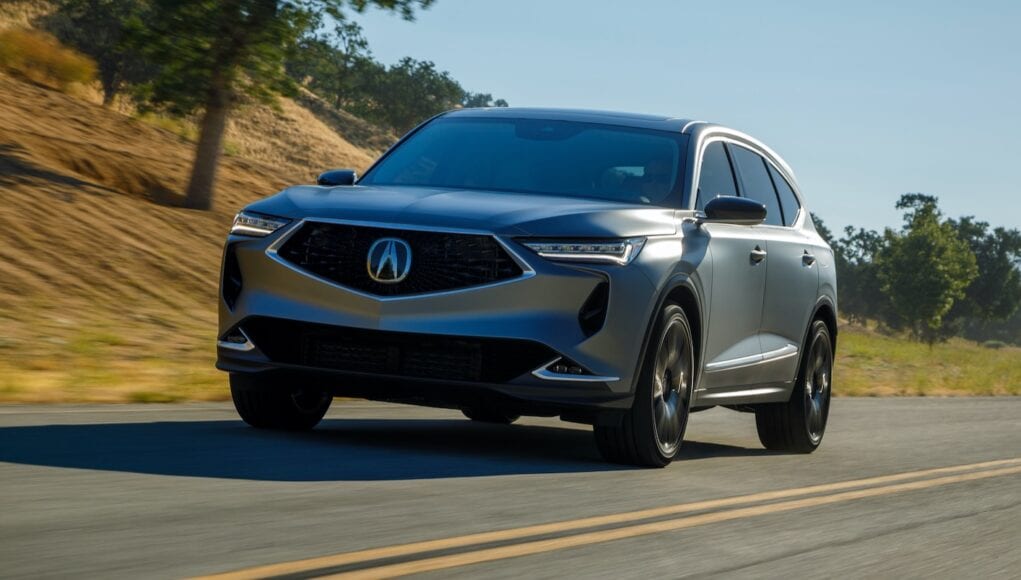 Acura has unveiled the MDX prototype, which is a preview of the fourth-generation MDX, which is going to arrive in early 2021.

Acura says that the new MDX is the “most premium and performance-oriented SUV” in its history. The new MDX has a more muscular look than its predecessor with a more sculpted body that is lower and wider. The greenhouse is also set further back than before with a 6-inch increase in dash-to-axle dimension.

At the front the new MDX gets the Diamond Pentagon grille, that’s flanked by four-element JewelEye LED headlights with Chicane LED daytime running lights. At the side the wheels have been pushed further to the corners with a nearly three-inch longer wheelbase and it rides on 21-inch wheels. At the rear there are Chicane LED taillights.

Inside the interior is more luxurious with higher quality materials, like open-pore wood, polished aluminum and Milano leather. The dashboard is also wrapped in Ebony and Light Orchid leather. There’s also more room in all three rows thanks to the wider body and especially more headroom for the front and third row occupants.

On the tech front there’s a new 12.3-inch digital gauge cluster and a 12.3-inch infotainment system. For music fans, the MDX also gets the “Signature Edition” ELS STUDIO 3D®premium audio system with more than 1000 watts of power, 22 discrete channels and 25 speakers.

To keep you safe, the new MDX gets the latest AcuraWatch safety and driver assistance features, including Road Departure Mitigation, Traffic Jam Assist and Low Speed Braking control. The new MDX also gets the next-generation front passenger airbag that debuted on the 2021 TLX.

Under the hood the MDX is powered by a 3.5-liter V6 that’s mated to a 10-speed automatic transmission. Acura hasn’t announced the specs for the standard engine. What we’re more excited about is the MDX Type S, which will be powered by a 3.0-liter turbocharged V6 with 355 horsepower and 354 pound-feet of torque. The MDX is available with the fourth-generation Super Handling All-Wheel Drive system, which is standard on the MDX Type S. Brembo four-piston brake calipers also keep everything under control.

Lastly we can’t ignore the fact that the new MDX will also get a double wishbone front suspension, which should make it more engaging to drive than ever before.

“The new MDX marks a turning point for Acura as our new flagship and the most far-reaching effort yet to deliver on our Precision Crafted Performance brand promise,” said Jon Ikeda, vice president and Acura brand officer. “We knew we needed to deliver something more emotional and premium with performance at its core. This new MDX builds on the past 20 years of success and elevates the model to an even stronger position in the market.”