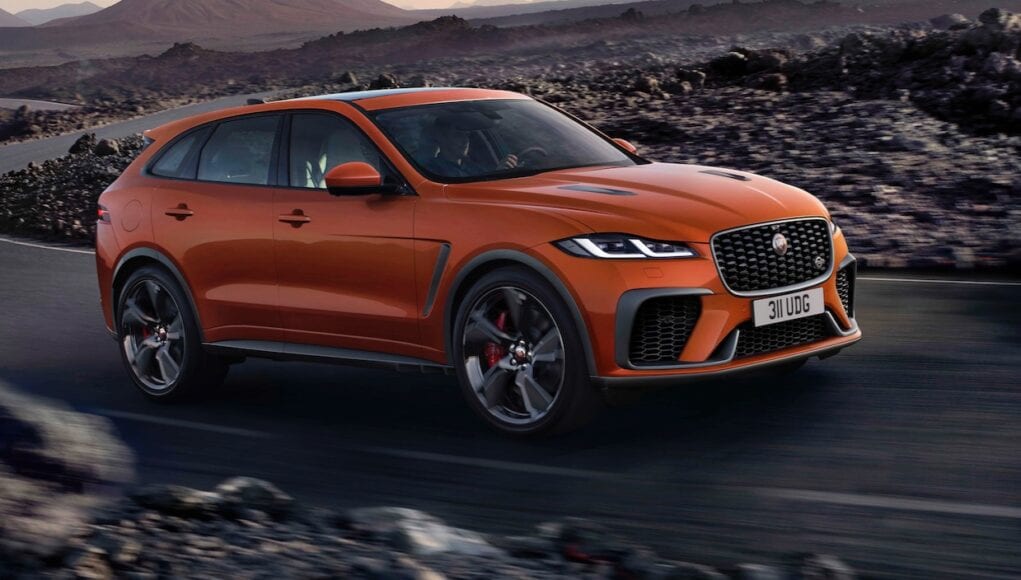 Jaguar has unveiled the updates to the 2021 Jaguar F-Pace SVR and it clearly has a target on the back of the Porsche Cayenne.

The F-Pace SVR is powered by the same 550 horsepower 5.0-liter V8, but it’s torque rating has increased from 502 to 514 pound-feet. That may not seem like a huge change, but the updates under the hood now mean that it only takes 3.8 seconds for the SVR to accelerate from 0-60 mph, three-tenths of a second quicker. Its top speed has also been raised from 176 mph to 178 mph.

The 2021 F-Pace also gets the torque converter from the XE Project 8 and a new Dynamic Launch function. The suspension has also been revised, as well as the steering system. To improve its stopping performance, the F-Pace SVR also gets a new electric booster.

On the outside the updates are small, with a restyled grille and new headlights. The styling updates also help reduce drag by 35 percent. At the rear the taillights have been redesigned as well.

Inside the biggest change is a new 12.3-inch touchscreen for the Pivi Pro infotainment system. There’s also a new steering wheel, a redesigned center console and an updated climate control panel.