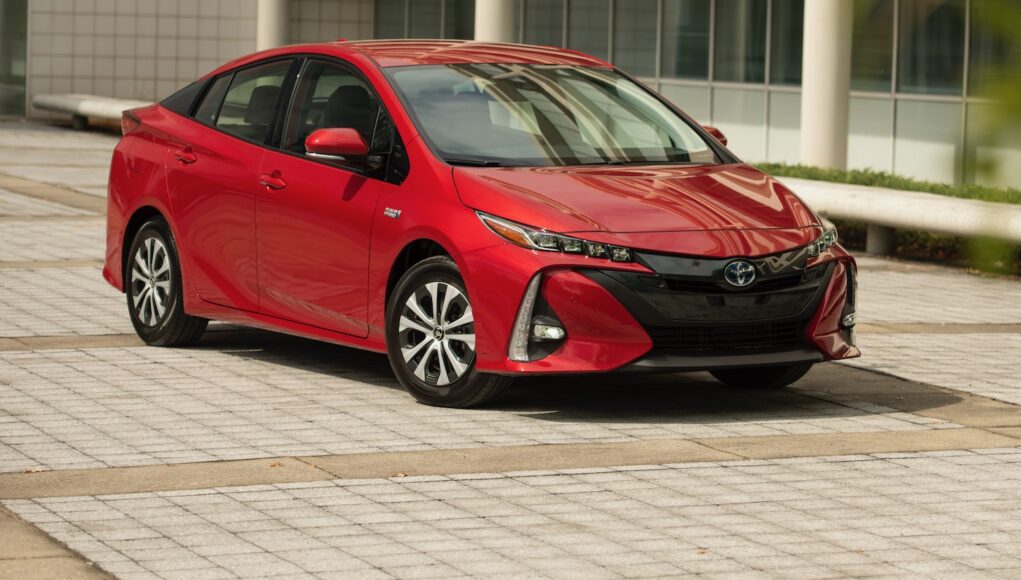 With nearly every automaker now focusing on fully electric vehicles, plug-in hybrids continue to often get ignored. But a lot of buyers have not fully learned the benefits of a plug-in hybrid – an electric mode and a gas engine to provide a longer driving range. They represent the best compromise for buyers that want to drive around in electric mode, but aren’t ready to make the jump to a full EV. One good plug-in hybrid is the 2021 Toyota Prius Prime.

The Prius Prime is the plug-in version of the popular Prius lineup. It builds upon the standard Prius, but thanks to a bigger battery, the Prius Prime can travel up to 25 miles in electric mode. 25 miles may not seem like much, but that’s more than enough range for short trips around town, like to the grocery store or the mall. Then when you get home you can plug it back in, which means that you never really have to use the gas engine. If you do need to travel further, the 1.8-liter four-cylinder powers up to keep you moving down the road – effectively turning the Prius Prime into a hybrid. In hybrid mode, the Prius Prime is rated at 55 mpg city and 53 mpg combined.

It takes just over 2 hours to fully recharged the Prius Prime using a 240-volt Level 2 charger or 5.5 hours with a 120-volt outlet.

The Prius Prime arrived almost five years ago, so it is looking a little dated, but we still think it looks more stylish than the standard Prius. This is even more evident on the inside where the 11.6-inch portrait-oriented screen looks old. We’re happy that Toyota has introduced a new infotainment system on the Tundra, which will soon be added to other models in its lineup, since the Entune system is not up to par. The large screen also houses most of the controls for the climate control system, which can be a bit annoying to use. Moving up the dashboard, the digital speedometer and other info in the center of the dashboard looks like it’s much older than the Prius Prime actually is.

Inside there’s plenty of space for five and visibility is great. The SofTex seats are comfortable and there’s more than enough headroom and legroom in both rows. The only downside is that there’s less cargo space in the Prius Prime compared to the standard Prius, due to the larger battery. There’s only 19.8 cubic feet of cargo space behind the rear seats, compared to 27.4 cubic feet in the standard Prius.

At the end of the day, the 2021 Toyota Prius Prime is a great option for buyers that aren’t quite ready to buy a fully electric vehicle. If you’re able to plug it in at home and you have a short commute, you’ll rarely ever have to use the gas engine. But if you do decide to take a longer drive, you don’t have to worry about range anxiety, since the Prime turns into a hybrid once the battery is depleted. Toyota has already hinted that it’s planning something big for the next-generation Prius, so we can’t wait to see what the next Prius Prime brings to the table.